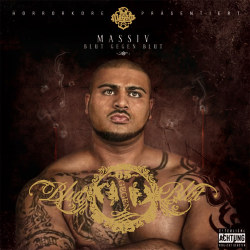 America’s favorite pastime, gangsta rap is being blamed for a surge of violence in Germany, of all fun-loving places.  It appears that the world was turing a deaf ear to Germany’s rising gangsta rap element until shots rang out suddenly. These shots heard around the world were directed at Massiv, a Palestinian rapper who was relatively new to the burgeoning German gangsta rap scene.  Unknown assailants confronted Massiv on January 14 as he conversed on his phone and pumped three bullets into him, rehashing memories of 50 Cent, the world’s most famous shot victim.  After spending hours in the hospital, Massiv checked himself out, mirroring another famous gangsta rapper, the late Tupac Shakur.  All of this on the heels of his soon to be released album.  This attack is the latest in a series of dust-ups that have plagued the German scene.  Massiv was attacked last summer on stage, rapper Bushido was attacked on stage in Hanover and in November Berlin rapper Fler was attacked by knife wielding assailants.  Critics are worried that these rappers are seeking the approval of a fanbase that has been indoctrinated with the “keep it real” ethos of America based gangsta rap and in order to believe that these artist are the real deal, fans want to see some blood.  For the full article click HERE.