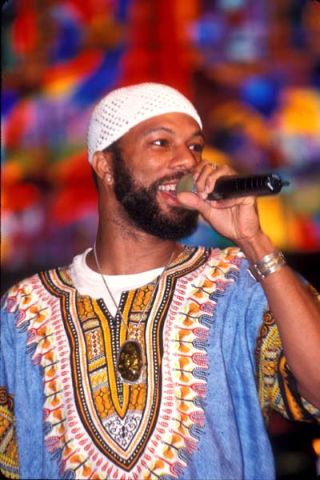 Common is at the top of his game in both Hip Hop & Hollywood. In addition to prepping the release of Street Kings, scheduled to drop in theaters on April 11th alongside The Game & Keanu Reeves the Chi-Town wordsmith has been tapped to play Green Lantern for the upcoming Justice League movie. He had this to say to MTV News,

“It’s a blessing really, to know that I could potentially be this superhero… Justice League itself is an honor, and Green Lantern is an incredible character to play. It’s a blessing to be associated with it.”

Never one to forget his roots, Common is also prepping another studio album, scheduled for release in November. The set will be named The Believer. He also confirmed to MTV News that he is working to get the Q-Tip album finished as well. This joint will be named “The Standard.” He said this:

“We been conceptualizing, but we just gotta continue to work on it. We will. I look at it like two jazz musicians getting together, the way Charlie Parker and cats would get together and do work. I feel a lot more free with my music now that I’m doing films and stuff, because I don’t put as much pressure on the music. It ain’t my only source of income and way to make a living.”

Also, watch out for those Common sponsored Lincoln Navigator’s to be rolling out in a hood near you!