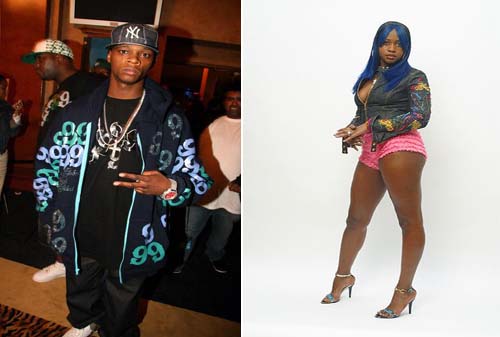 Hip Hop’s newest it couple Remy Ma & Papoose are due to be married on Rikers Island while she awaits sentencing on her recent convictions for assault, weapon possession and attempted coercion.

They’re much in love,” Fisher said. “They’re very committed to each other, and they had intended to marry one way or another.”

About 200 weddings are performed each year at Rikers Island, which offers chaplains and chapels, said city Department of Correction spokesman Stephen Morello. Only two guests will be permitted, and the couple won’t be allowed to wear rings with protruding gems.

Remy Ma was nominated for a Grammy as part of the Terror Squad for the 2004 hit “Lean Back.” She also has recorded with rap stars Busta Rhymes and Eminem.

Papoose’s “Born To Win” was featured on the top-selling football video game “Madden NFL 06,” and the music magazine Rolling Stone named him one of its “10 Artists to Watch” in 2006.

The Brooklyn rapper, whose real name is Shamele Mackie, also attracted attention with a track called “50 Shots,” in which he vented his anger about a fatal 2006 New York City police shooting of an unarmed man who was hours away from getting married.