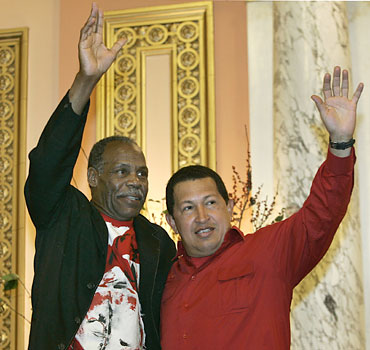 The Finance Commission had already approved about $18 million last year for the project!!!!!!!

The money is being spent to create a film about the life of the Hatian pro-independence leader, François Dominique Toussaint Louverture.

Toussaint Louverture was a freed African-American slave, who led thousands of slaves in campaigns against the foreign troops, before he was betrayed and exiled. He passed away in 1803, shortly before his followers were able to establish Haiti’s independence.

Chavez is hoping that this film will help to improve his public opinion and appeal by showing a movement against Western oppression.