Death of a Dynasty?
They say a picture is worth a thousand words…well this one says it all! Check the pics of the culprit, the man responsible for putting a LEGEND to bed and they even got pics of Suge and his boys rat-packing the dude.

Death of a Dynasty?
TMZ:
The brawler, who owns a barbershop in L.A., tells us he was playfully arguing with a friend outside the club about money when Suge, who’s also friends with the man, misunderstood and thought it was serious. He stepped up to defend his boy — and that’s when the altercation took place. He also says reports he had a weapon are untrue. 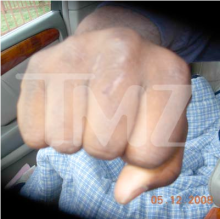 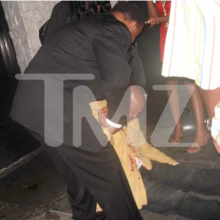 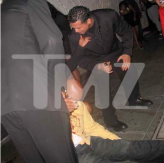 One thought on “[pics] BREAKING NEWS! New Photos of Suge Laid Out!!!”