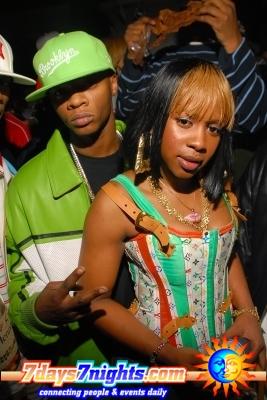 Well this story is one for the ages. It is being reported by the Daily News that the wedding between Papoose and Remy Ma was not to be. This story is too unbelievable to repeat so please read below:

Remy Ma’s jailhouse nuptials were abuptly called off Monday when her rapper groom Papoose showed up with a most curious wedding present: a handcuff key.
“A wedding was scheduled today and a visitor to that wedding service was found to be in possession of jail contraband so the wedding was canceled,” a corrections official told the Daily News.
“The key that was found today easily opened handcuffs that we and other law enforcement officials use,” the official said.

“The visitor was sanctioned by not being able to visit Rikers Island again for 6 months,” the official said. “He was asked to leave.”
So was Papoose trying break his rap queen, whose real name is Remy Smith, out of the joint?

Neither his or her camp were saying – but she has every reason to be eager to break loose.
The 26-year-old Terror Squad rap princess faces up to 25 years at her sentencing Tuesday for shooting her friend Makeda Barnes-Joseph in the stomach last July in the Meatpacking District.
Papoose was not charged after he voluntarily surrendered the key to authorities.
He was quickly ushered out of the jail and never made it to the Rose M. Singer chapel where the two were set to say their “I dos.”