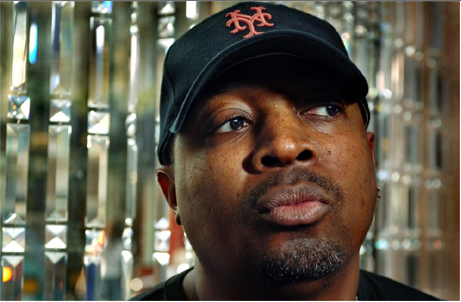 Public Enemy co-founder Chuck D has announced the launch of a new company that aims to revolutionize the way the Hip-Hop community conducts business across the globe.

The rapper’s new business, The Bring The Noise Eastlink Media, Management, Music Group (BTNEastlink), will offer a wide range of business and digital media services for artists under one roof.

The new firm represents a union of several interests supported by Chuck D and the Public Enemy family over the years, in an effort to meet the total needs of the company’s entertainment and technology clients.

“Basically, it’s like putting all my diversified people under one roof,” Chuck D. told AllHipHop.com. “A lot of door knocking internationally will take place. Urban has sensibilities that are definitely planetary. But the discussions have to be more intense and more elaborate.”

BTNEastlink will offer its clients what Chuck D. defined as “what Live Nation has promised Jay-Z, to a much lesser degree,” adding that he is looking to work with veteran artists, as well as up comers, to further market them across the world.

The company also seeks to push for Hip-Hop’s complete immersion into the digital age, something Chuck D and long-time partner Lugo have already done with SlamJamz Records.

With the addition of the new dedicated film, licensing and merchandising branches of BTNEastlink, Chuck D hopes to not only create new opportunities for his clients, but to also revolutionize the business model under which Hip-Hop currently operates.

“Business could stand, in Hip-Hop, to be a little more organized and less cut-throat,” says Chuck D. “I’ve seen some individual achievements over the years that basically did not look back or did not pave the road for other ways to follow. That doesn’t work worldwide. Domination does not help here. The NBA has 30-some odd teams, and the NFL has 30-some odd teams that all need each other to exist. In Hip-Hop, I’ve often seen that, if this was a Thanksgiving table, everybody got food all over their face, scrambling and running out the back door with the turkey.”