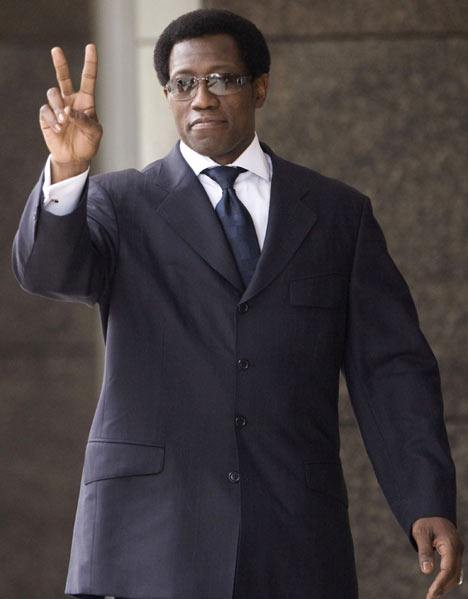 This has be got to be the best news that Wesley Snipes has heard in quite awhile. I guess his lawyers must have not been as bad as we thought they were. Check out the what has got him smiling today:

Wesley Snipes will be allowed to remain free on bail as he appeals three federal tax convictions.
Judge William Terrell Hodges granted Snipes’ motion for bail Thursday pending appeal of his case, saying Snipes doesn’t pose a flight risk and is not a threat to the community.

The 45-year-old actor was sentenced last month to three years in prison on three misdemeanor counts of willful failure to file his income tax returns.

Snipes’ attorneys plan to argue before the 11th U.S. Circuit Court of Appeals that the trial judge erred in several ways before and after his February conviction.

Snipes, the star of the “Blade” trilogy, “White Men Can’t Jump,” “Jungle Fever” and other films, hasn’t filed a tax return since 1998, the government alleged.