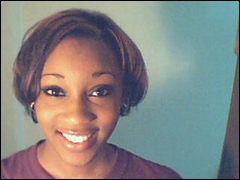 Music mogul Jermaine Dupri has found his next superstar on the internet and hopes to capitalize on a groundswell of support online.

Under the name Phatfffat, Dondria Nicole has garnered hundreds of thousands of viral views of her singing on video platforms like YouTube and her appeal prompted the veteran producer to sign her.

“The fans are getting the whole album in two months. I’m giving them access to the entire process of making the album,” Dupri said in a post on his blog for The Huffington Post.
“We’re showing everybody how we get down in the studio. I’m posting raw, uncut video on YouTube that keeps the audience involved in her life and expands on what she already started. The people who follow her are investing their time and sending messages and feedback on the music by the thousands. They care about what she does next.”

Dupri has been posting constant updates on Dondria Nicole and also allowed fans to be a part of the creation of the album.

“They’re hearing the songs as she’s recording them and they are letting us know how much they like the records by doing their own covers and posting them on their own YouTube accounts,” Dupri continued. “Thousands of kids are blogging from all over the world, telling us how much they love Dondria a.k.a Phatfffat.”

His latest signing further accentuates The Island Def Jam executive’s ever-changing position on the internet and the digital medium.

In the past, Dupri has been reluctant to embrace the digital medium and squared off with Apple’s iTunes last November, after fellow mogul Jay-Z refused to sell his American Gangster album on the platform.

He took a different stance in June of 2007 when he signed Harlem rapper Jason Fox to Island Urban Music.

Nearly a year ago, Fox gained short-lived notoriety from his song “Aunt Jackie,” which was made popular by the virtues of the internet.

However, Dupri says that he’s found a new view by touring the nation in support of his book, Young, Rich and Dangerous: The Making of a Music Mogul and talking to college students.

“The term ‘New Media’ needs to be changed,” Dupri said. “The internet’s not new. This stuff should be integrated. It’s all one media, and these days the digital space is way more powerful than outlets like print and television.”

By embracing the internet, Dupri expects to see a new megastar by bypassing the traditional route for breaking artists.

“We in the music industry have basically been trying to make fans learn who the artist is and listen to their music all at the same time. And it’s not working,” he admitted. “But with an artist like Dondria I don’t have to worry about that. I see her fans and I know what her numbers are. If I can get just 10% of those fans to support her and buy her music, everything changes.”

He expects the album to drop in the summer of 2008.

See below as JD and Dondria Nicole aka “Phatfffat” ponder what name is best for their formal introduction to the world.