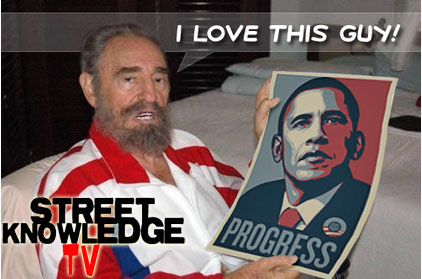 I thought this type of stuff was only seen in Hip Hop beefs like 50 Cent and Fat Joe. I guess the Republicans are willing to engage in the same type of Photoshop Wars we saw a couple months back with the aforementioned rappers. Read the press release below:

Joe Garcia made the following statement:

“At a time when our nation faces true challenges, I am appalled that the Republican Party would use a doctored image of Cuban dictator Fidel Castro to scare voters. This is the Diaz-Balart style of politics that uses the suffering of the Cuban people to avoid addressing important issues affecting families in our community, such as the rising cost of fuel and lack of funding for schools.”

Amy Araya, a spokesperson for the campaign, made the following statement:
“The Republicans should know better than to use photoshop to play on the stereotype that our elderly are misinformed and easily scared. Cuban-Americans are smarter and deserve better than this from the party that currently occupies the oval office.”