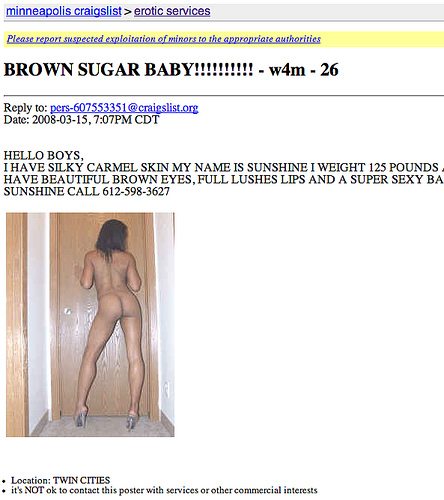 In two cases, women meeting with clients at local hotels had rented separate rooms where they left their toddlers unattended. The Department of Children and Family Services was notified in both cases.

In addition to responding to ads, officers also posted their own bogus ads.

One indicated a 15-year-old was looking for sex in exchange for money, an offer that received three responses. One was traced to a registered sex offender who had previously been arrested by the sheriff’s department.

4 thoughts on “76 Arrested on Prostitution Charges in Craigslist Sting”