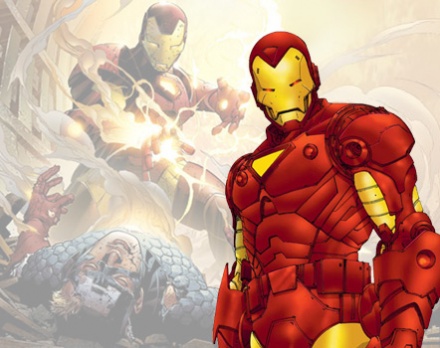 I’ve been looking around and reading different things regarding Iron Man 2 and I took a moment to find some rumors that are pretty solid, but still just rumors. There’s information that we got from the Iron Man film that is pretty straight forward about various characters we might see, but it’s still not known what the overall plot will be. So sit back and read up on these possible Iron Man rumors that I read on the net, and be warned if you don’t want to know, some of the stuff might be spoilers:

* Jon Favreau planned Iron Man as the first in a trilogy.
* According to MTV Movie Blogs in July of last year Favreau believed the sequel will allow latitude in tone, and explore darker story elements such as alcoholism, which he intentionally set aside from the first film.
* Wikipedia reminds us that Robert Downey Jr. has said “the next one is about what do you do with the rest of your life once you’ve completely changed. I think the drinking and all that stuff would be a good way to confront his age, to confront his doubts, to confront the fact that maybe Pepper gets a boyfriend.”
* Downey and Favreau met with Shane Black, who suggested they model Stark on Robert Oppenheimer, who became depressed with being “the destroyer of worlds” after working on the Manhattan Project.
* Terrence Howard added this would be the manner in which his character would become War Machine, like in the comics: Rhodes built his own suit after temporarily becoming Iron Man when Stark succumbed to alcoholism.
* Favreau perceived depicting Iron Man’s nemesis, the Mandarin, as a challenge, as he finds the use of the character as a metaphor for communism dated.
* There are references to the Mandarin into the first movie, primarily with the terrorist organization named the Ten Rings.

The sequel will heavily focus on War Machine. Says Howard, “Judging from how that audience responded, we got a pretty good shot of having some War Machine go down.” (MTV.com)

Thor will appear in the sequel, setting up the Thor film.

Iron Man will face off against Mandarin in the sequel.

Captain America’s shield has been spotted lying around Tony Stark’s workshop; there have been rumors that Captain America will be interwoven in the second film’s story line to set up the Captain America film, due out shortly after Iron Man 2.

So there you have it. What do you vatos think? Do any of these interest you? What are your ideas? Do you care about Iron Man 2 or are you looking forward to the other superhero films?

One thought on “Iron Man 2 Rumors Confirmed and Debunked”