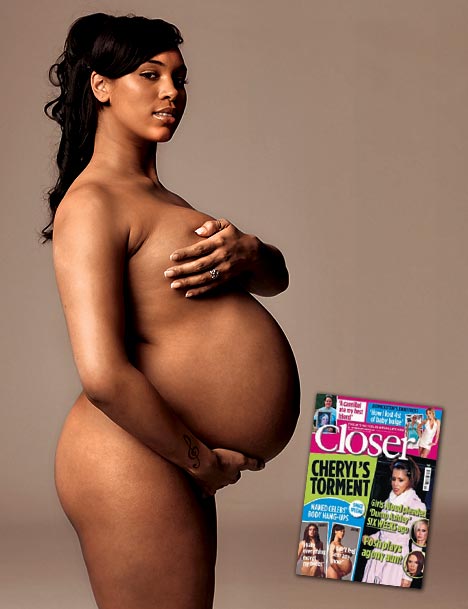 Shh, they need to spend a day on 125th St. and count the strollers before they print this

NEW YORK — News of a cluster of at least 17 pregnant teenagers at a Massachusetts high school recently made headlines around the world, but it came at a time when teen pregnancies and abortions in the United States actually are at their lowest points in 30 years.

Pregnancies — whether they end in birth, miscarriage or abortion — among women age 15 to 19 dropped to 72.2 per 1,000 women in 2004, down from a peak of 117 per 1,000 women in 1990, according to the latest data compiled by New York’s Guttmacher Institute, which focuses on reproductive health research, policy analysis and education. While some 700,000 women age 15 to 19 become pregnant every year, the rate has declined 36 percent since it peaked in 1990.

The not-so-good news: The pregnancies at Gloucester High School on the Massachusetts coast spotlight a potentially bigger problem. Despite decades of improvement and for reasons yet unknown, there is statistical evidence that the drop in pregnancy rates, the age of first sexual activity and contraceptive use among teens stalled after 2001.

Until more data are compiled, it is unclear whether the 2006 uptick in births was an isolated blip or the harbinger of a more significant and negative change on the teen reproductive landscape, according to David Landry, a senior research associate at the Guttmacher Institute.

At this point it appears likely that the unusual number of pregnant teens in Gloucester, an old whaling town depicted in the 2000 film “The Perfect Storm,” is an aberration. Time magazine’s report that the girls made a “pact” to deliberately become pregnant remains in dispute. Such a pact was denied by Gloucester Mayor Carolyn Kirk; by Lindsey Oliver, one of the pregnant students, who appeared on ABC’s “Good Morning America”; and in the Gloucester Daily Times by two other student mothers. In a statement issued Thursday, high school Principal Joseph Sullivan said he could not recall using the term “pact” in his interview with Time.

U.S. leads in teen births
The U.S. still leads developed nations in the rate of pregnancies, births and abortions among teenage mothers, but it has whittled the numbers dramatically through a combination of greater accessibility to and use of contraception, the tendency of teens to delay sexual activity longer than they did in the past, and education programs, according to statistics compiled by the U.S. Department of Health and Human Services.

Nonetheless, the Gloucester cases raise a question about why, in a time when most sexually active teens use contraception, some 17 young women became pregnant.

“Pact or no pact, what seems to be not in dispute is that the number of pregnant girls in this particular high school has tripled in one year’s time,” said Bill Albert, chief program officer for the National Campaign to Prevent Teen and Unplanned Pregnancy, a Washington-based private, non-partisan and non-profit research group.

Some observers indicted the glamorization of pregnancy out of wedlock in popular culture, citing the recent pregnancy of 17-year-old actress Jamie Lynn Spears, as well as such popular films as “Juno” and “Knocked Up.”

“The fact of the matter would be you’d have to be pretty Pollyanna-ish to think the popular culture doesn’t shape the social agenda for kids,” Albert said. “On the other hand, over the past couple of decades we have seen extraordinary progress. Teens have become more responsible” despite such popular culture influences, he said.

Others, including Tony Perkins, president of the conservative Family Research Council, blamed the Gloucester situation on the availability of a free day-care center at the high school and comprehensive sex education, which includes information about contraception and abortion, as opposed to the abstinence-only-until-marriage education programs funded by the federal government.

‘Not ideological question’
Cecile Richards, president of the Planned Parenthood Federation of America, thought it unlikely that on-site day-care would prompt a student to get pregnant. It is more likely, she said, that the government’s sole emphasis on and funding for abstinence-only programs over the past decade has contributed to the stall in progress.

“This is not an ideological question. You have to look at the data, and the data says abstinence-only has been a complete failure and a waste of money,” Richards said.

Several studies, including a nine-year study by Mathematica Policy Research mandated by Congress and released last year, concluded that students in abstinence-only programs were no more likely to delay sexual activity, have fewer sexual partners or use contraception than students in comprehensive sex education programs. Studies also have found that students receiving comprehensive sex education were no more likely to have sex than those in abstinence-only programs.

One thought on “Teenage Pregnancy at 30-Year Low in US, Report Says”