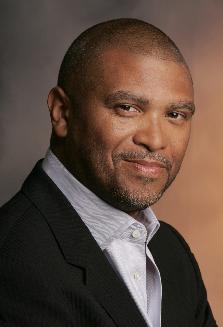 Hudlin is returning to his “entrepreneurial roots” as an independent producer, according to an internal memo Thursday from BET Chairwoman and CEO Debra Lee that was released publicly by BET.

BET executive Stephen Hill, who’s in charge of music programming and talent, will serve as interim entertainment president during the search to replace Hudlin, Lee said.

In her memo, Lee lauded Hudlin for infusing BET’s program development with creativity and energy, and noted that his division produced the network’s highest-rated shows, including “Lil’ Kim: Countdown to Lockdown” and “Keyshia Cole: The Way It Is.”

Those series exposed the tough lives of the music stars and, like other BET shows, targeted younger viewers.

“Somebodies,” a sitcom and BET’s first scripted series, debuted this week. The channel, the most-watched network aimed at blacks, started a weekly news program in August.

Hudlin broke into the business producing the “House Party” movies and his credits include directing the “Everybody Hates Chris” pilot, producing “The Boondocks” animated series and writing the “Black Panther” comic book series.

“The black audience wants to be respected,” he told The Associated Press in a 2006 interview. “They want quality programs that respect their intelligence. It better be hip, it better be innovative and be as fresh as possible.”

Under Hudlin, BET abandoned “Uncut,” a late-night compendium of steamy music videos. The move was seen as the channel’s rejection of a degrading lifestyle that it was once criticized for glamorizing.