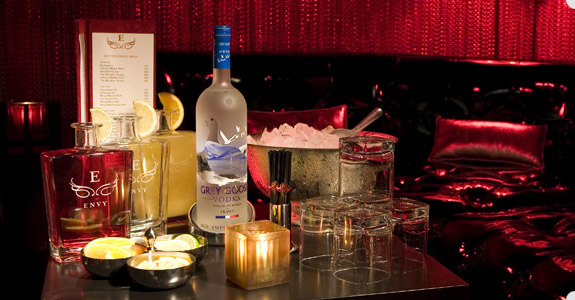 via How to Roll

Considering we always thought of the bottle service route kind of pretentious, we hadn’t given much thought to how all that trouble on Wall Street might affect what had become one of New York’s silliest staples.

Leave it to the snarks over at Gawker to see how the crumbling in the financial district has hurt bottle service around the city. And from what they’ve found, it looks like the days of the $500 bottle of Grey Goose may finally be coming to end.

Now comes a press release from nightspots Quo, Myst, and Prime (three of New York’s self-confessed “most successful ‘bottle’ venues”) explaining that they won’t be demanding requests for bottle service in granting entry.

The release goes on to say “Admission will no longer be driven by bottle sales. If someone looks good enough to get in and comes with the right attitude, they will get in without bottles.” And just like that, with the crumbling of some of this country’s most famous financial institutions, nightlife might be getting just a little less stupid.