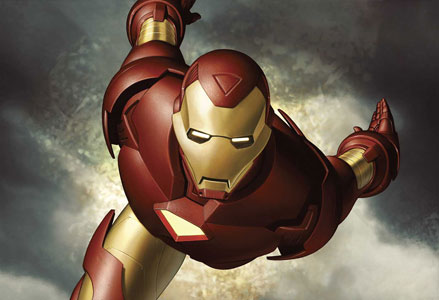 For now, Paramount is the only studio that has signed on, and “Iron Man” — which will be available accompanied by exclusive bonus footage for $20 beginning Tuesday (September 30), the same day as its DVD release — is the only film being offered.

The offering is the first step Dell is taking toward setting up a broader digital content storefront that could create significant competition for Apple’s dominant iTunes Store.

“The key focus here is to lead off our slow immersion into content as a major piece of the puzzle in terms of what consumers want from a PC,” said Rachna Basin, director of content for Dell’s global consumer group.

“Iron Man” will be presented as an option to consumers as part of Dell’s personalized purchasing process, which allows buyers to customize virtually every facet of their PC from such essentials as storage capacity to stylistic touches like laptop-cover artwork. The Paramount/Marvel Entertainment film would be preinstalled on Dell’s Inspiron, Studio and XPS laptop and desktop models.

Dell eventually will broaden its selection of preloaded content as it signs other studios. In time, Dell likely will enable consumers to purchase films after they’ve bought computers, too.

Basin declined to detail Dell’s content strategy beyond the “Iron Man” offering, but there have been rumblings in recent months that the company intends to take on iTunes with some form of digital retail presence. The plan likely involves Zing Systems, a company Dell acquired in 2007 that enables users to easily migrate content among devices.

Zing founder Tim Bucher heads a 120-person division at Dell charged with spearheading the company’s content strategy. In a juicier twist, Bucher used to work at Apple and settled a wrongful termination suit he brought against the company in 2005.

However, Dell has attempted and failed to mount content-oriented initiatives in recent years, including Dell TVs and a portable music player.

“To match up Dell’s customization with film is an extremely potent, unique offering,” said Malik Ducard, vice president digital distribution, North America, at Paramount Digital Entertainment. “I don’t think there are too many players in the marketplace that can pull this off in the way they can.”

The Dell “Iron Man” product is available only in the U.S. for now, but Dell is expected to make similar offers overseas.

Preinstalling content is not a new technology, though it’s more common on portable devices. Nokia, for instance, preloaded Sony’s “Spider-Man 3” last year on its N95 model in various regions overseas.

“Iron Man” will be available only in standard definition. Full details concerning digital rights management were not available, but Dell will allow users to burn one copy of “Iron Man” to DVD.