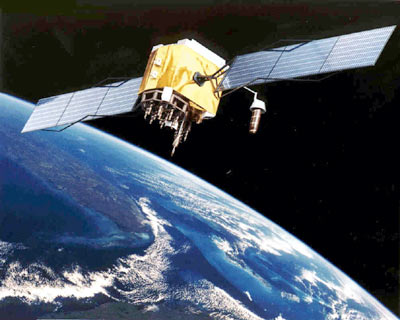 CAIRO: Technology lovers and modern car owners in Egypt consider themselves unlucky because of a government ban on the usage of Global Positioning System (GPS) technology.

Telecoms Law 10/2003 outlaws the import of GPS-equipped mobile phones, and retailers found selling them could lead to the confiscation of their entire stock. The same applies to any kind of commercial use of GPS technology, which includes cars equipped with GPS devices.

Mobile phones like the Nokia N95, N82 as well as iPhones and some 3G phones are banned in Egypt, leaving the market deprived of the latest technology and features that are fast becoming standard in the new generation of mobile phones.

GPS helps users navigate to their destination inside cities and in remote areas. It also functions as a guide for places of interest as well as hospitals, police departments and businesses.

“GPS is allowed in Egypt but you must have a license after getting approval from security authorities,” Sherif Guinena, vice chairman of the National Telecommunication Regulator Agency (NTRA), told Daily News Egypt.

“No doubt this technology is very important, brand new service and a big advantage if it is allowed, but we have to abide to security laws; because when we give a license to any new communication device we need the approval of the board which represents all state agencies,” Guinena added.

“There have been negotiations between us and the authorities to allow GPS commercial use but we didn’t reach anything yet,” he said

The Global Positioning System (GPS) is a Global Navigation Satellite System which uses a constellation of between 24 and 32 Medium Earth Orbit satellites that transmit precise microwave signals that enable GPS receivers to determine their current location, the time and their velocity including direction.

Originally developed for military purposes by the United States Department of Defense, it was authorized for civilian use in 1983.

During the 1990s, restrictions on the commercial use of GPS were removed by most countries and GPS applications quickly developed, especially by mobile phones manufacturers.

Today, only three countries in the world still ban the commercial use of GPS: Egypt, Syria and North Korea.

But while GPS technology is prohibited in the country, millions of Egyptians use free software everyday to find locations and plan routes. Google Earth, for example, maps the earth by the superimposition of images obtained from satellite imagery, aerial photography and GIS 3D globe and uses digital elevation model (DEM) data collected by NASA’s Shuttle Radar Topography Mission (SRTM).

Moreover, the ban on certain mobile phones may mean they are not easily found in the market, but they’re certainly not out of reach of users’ hands. Many of these models are smuggled into the country through airports or brought in by Egyptians living abroad.

“I bought my mobile from outside Egypt and got it in through the backdoors,” said one N95 mobile owner who spoke on condition of anonymity. “It is banned in Egypt, that is why I have to keep it secret,” he added.

While they do get to use the latest gadgets, owners of banned mobile phones forgo their warranty rights as well as maintenance and other after sale services.

GPS devices are also commonly used in desert safaris. When 19 tourists were kidnapped in the desert between Sudan and Egypt earlier this month, they used their GPS devices to inform authorities of their exact location, which facilitated the rescue operation.

“GPS is used in safari tours and the devices are mainly brought in from outside Egypt because we can’t use it officially,” Mohamed Hazem, who organizes safaris, told Daily News Egypt.

“The GPS devices are separate device which can be bought from Egypt from Bernasious stationery but we have first to issue a license from the Ministry of Interior or they are brought from outside into Egypt like any other device,” Hazem said

GPS technology is useful in finding routes inside the desert by a method called waypoints, where the device saves a certain dimension in the map which can be used later.

Last June, Finnish manufacturer Nokia and the Egyptian government were in a row over the decision to ban GPS equipped phones from entering the country.

“We negotiated with the Egyptian government a lot but they insisted on their position and we aren’t responsible for illegal smuggling of banned devices,”

Users expressed their anger on several web forums, especially people who arrived from Arab countries with GPS-equipped devices only to find that they aren’t allowed to use them.

“Unlike Nokia enthusiasts all over the world, we Egyptians find it another reason to grief about our bad luck, Nokia’s irresponsibility and stupid laws,” said Kirollos Fares on his N-series blog.

“We know that Egypt isn’t quiet the market that Nokia has its eye on, but Nokia rarely ignores the laws enforced by other countries, like Nokia releasing WiFi-Free phones for China, and N78’s without FM-Transmitters for countries that ban it like France, so why can’t it do the same thing here?” he questioned.

Like other users, Fares wanted Nokia to remove the GPS chip from their phones so people can enjoy the other features.

“Over 40 percent of all handsets produced by Nokia within the next two years will support GPS-based applications,” Savander said, adding that it is absurd to consider changing course at this point.

“Who would regress to meet the demands of markets that refuse to keep up with progress when we’re moving at a fast pace towards developing and devising new technologies?” he added.

Nokia along with other mobile manufacturers are taking Egypt’s government to court to revoke this ban.

Meanwhile, another business sector that has continued to suffer because of the ban is the mapping and geographical services sector.

“We opened two years ago and since then we haven’t worked because of the ban on the commercial use of GPS in Egypt. Our business depends solely on GPS and we don’t have other activities,” Walid Ramadan, head of the maps department at GPS Egypt, told Daily News Egypt.

“We are waiting. They constantly tell us that GPS will be allowed soon, but when this will happen, nobody knows,” Ramadan said

GPS Egypt is a branch for Superbase Developers plc, a leading software company based in Cambridge, UK, offering services like GPS navigation software and hardware and GPS-based active and passive tracking for goods transportation.

“Our future isn’t clear; we are waiting for the approval to start operating in Egypt,” Ramadan said.

Dotmap is another company that works in the field of mapping and geographical information systems (GIS) and its business is also affected by the GPS ban.

“Because GPS is illegal, we resort to genuine methods like deploying surveyors in the streets and using satellite images,” Walaa Hassan, head of the geo data department at Dotmap, told Daily News Egypt.

“It would differ very much for our work if we were allowed to use GPS,” Hassan said

This isn’t the first technology to be banned in Egypt. During the 1980s, Egyptians weren’t allowed to own satellite dishes. The ban was lifted in the early 90s, and it didn’t take long for rooftops to be dotted with these large white discs.