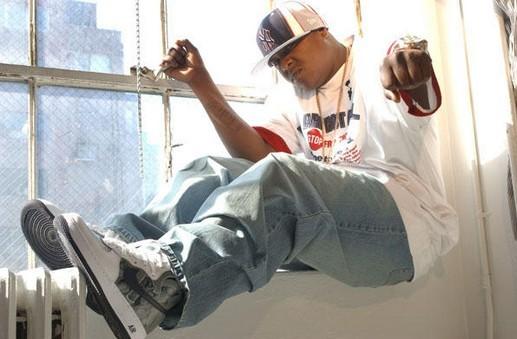 via SOHH
D-Block‘s Jadakiss has decided to change the title of his long-awaited album to The Last Kiss after receiving negative feedback from retailers.
In a recent video Jada confirms the rumors on being forced to change the project’s original title Kiss My Ass.

“I had to change the name of my album. Kiss My Ass wasn’t testing well at retail,” he admitted. “Not even with the exclamations or none of that. So we had to switch it to The Last Kiss.”

With the new name in effect, Jada also revealed the overwhelming concern people had on him possibly retiring.

“Some people asked me is it my last album, nah, it’s just, the first album was Kiss The Game Good-Bye, the second one was The Kiss of Death so this one was The Last Kiss,” Jada explained. “It’s the closing of a trilogy. It’s the last time I’m going to name one of my albums, it’s the last time “Kiss” is going to be in the album titles.”

While corporate America may have made the raspy rapper change the forthcoming disc’s title, Jada still plans on using the original title on another format.

“We gonna switch the mixtape to ‘Kiss My Ass,'” he added. “The mixtape, I think I gotta do like three or four more freestyles and then and then we gonna be good.”

This is not the first time a Def Jam artist has been forced to change an original album title. Last year, Nas announced plans to release his sophomore Def Jam project as N*gger for artistic purposes but was met with backlash from social activists, the label and media channels including Fox.

In related news, Jada, Styles P and Sheek Louch will be performing this evening (October 28) at the sold-out Powerhouse concert in New Jersey. D-Block have been tagged to participate alongside headliners Jay-Z, Lil’ Wayne and Ne-Yo.

The Last Kiss is currently scheduled to drop Tuesday, December 9 on Def Jam.