This why he is the best rapper alive. Love Him or Hate Him the kid is untouchable when he wants to be. Jacked from RealTalkNY.net 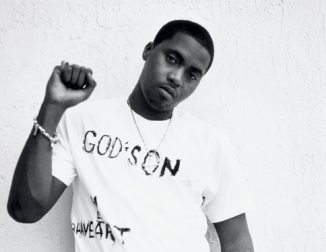 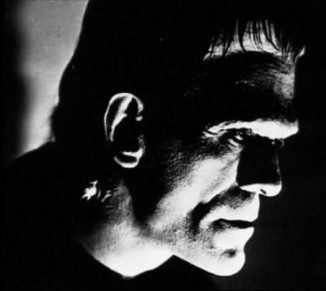 Hopefully more shows like Fringe will come out of this merger

LOS ANGELES — The National Academy of Sciences (NAS) announced today the creation of “The Science and Entertainment Exchange,” an initiative designed to connect entertainment industry professionals with top scientists and engineers to help the creators of television shows, films, video games, and other productions incorporate science into their work. The Exchange represents the Academy’s first formal effort to reach out to the entertainment community and provide the creative minds of Hollywood with a direct connection to the creative minds of science.

“Television and film can involve the public in the latest advances in science, medicine, and technology,” said NAS President Ralph J. Cicerone. “By building strong connections between the entertainment and science communities, we’re hoping to provide an important service to both Hollywood and the viewing public.”

Director Jerry Zucker and his wife, producer Janet Zucker, actively support the initiative. “The Exchange will provide filmmakers with an invaluable connection to scientific truth, but more importantly, we will have the ability to invent and explore the unknown with the great visionaries of science,” said Jerry. Janet Zucker added, “The Exchange will provide a place where scientific and artistic minds can come together to inspire each other, building a two-way street for both communities to learn and create.” END_OF_DOCUMENT_TOKEN_TO_BE_REPLACED

When will the actual movies catch up with the actual storyline in the comic? Anyway all you comic geeks here is the ultimate spoiler for the newest Batman comic. 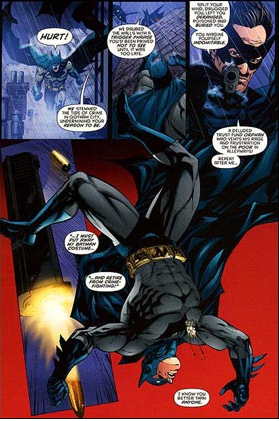 Bruce Wayne – who by night is Batman – gets murdered by a man claiming to be the father he thought was dead.

In a highly controversial new storyline Bruce, who first appeared in 1939, is killed by Simon Hurt – the leader of the shady Black Glove organisation.

Simon claims he is really Dr Thomas Wayne, saying he faked his own passing when Bruce was a child.

The superhero dies when he tries to stop his foe escaping by helicopter in the new comic Batman R.I.P.

Writer Grant Morrison said: �This is so much better than death. People have killed characters in the past but to me, that kind of ends the story!

“I like to keep the story twisting and turning. So what I am doing is a fate worse than death. Things that no one would expect to happen to these guys at all.

“This is the end of Bruce Wayne as Batman.”

Batman will live on though, with another character filling his Batsuit. 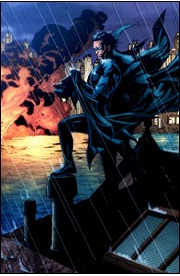 This joint got more cameo’s than a DJ Khaled video…do you see who I see??

Barack Obama defended his decision to pack his new Cabinet with veteran Washington insiders and former Clinton officials yesterday after a campaign in which he promised change.

The President-elect responded after naming the former Federal Reserve chairman Paul Volcker, a veteran of the Carter and Reagan Administrations, as the head of a new economic panel to stop “groupthink” infecting his inner circle of White House financial advisers.

There have been mounting concerns, particularly from the liberal wing of his Democratic Party, that Mr Obama has pivoted sharply to the centre-right with his choice of top Cabinet posts.

His main economic advisers have close ties to the Clinton White House and Mr Obama has already chosen Hillary Clinton to be his Secretary of State. His chief of staff, Rahm Emanuel, once served Bill Clinton, and more appointments still to be announced will include a slew of officials who served in the most recent Democratic Administration.

“What we are going to do is combine experience with fresh thinking,” Mr Obama said at his third press conference in as many days. He said he would be foolish, at such a “critical time in our history”, to pick people who “had no experience in Washington whatsoever”.

He added: “What I don’t want to do is somehow suggest that because you somehow served in the last [Clinton]administration you are barred from serving again.”

Mr Obama said he was forming an economic recovery advisory board, with Mr Volcker to head it, to give independent economic advice from outside the White House. “Sometimes policymaking in Washington can become a little bit too ingrown, a little bit too insular,” Mr Obama said. “The walls of the echo chamber can sometimes keep out fresh voices and new ways of thinking.” END_OF_DOCUMENT_TOKEN_TO_BE_REPLACED