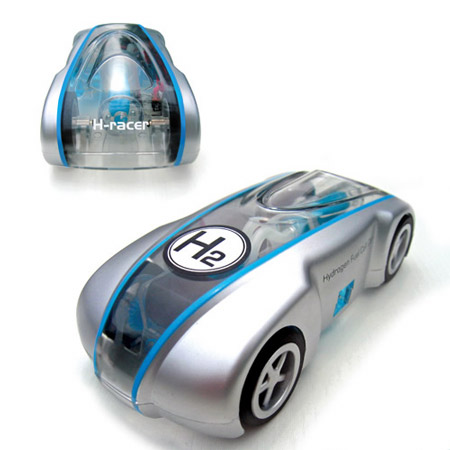 You don’t have to be a scientists to know how to turn water into hydrogen and oxygen, we all heard about electrolysis. However, this process can’t help up get hydrogen fuel therefore we need a way to produce hydrogen fuel using sunlight, water, and probably the most important ingredient, a very efficient catalyst.

In time, scientists tried to use many metal-based catalysts, polymer materials, or other synthetic polymer materials, but the former are expensive, the second are inefficient, and the latter only work in the ultraviolet region of the solar spectrum.

Now, a team of scientists from the Max-Planck Institute of Colloids and Interfaces in Potsdam, Germany, and Fouzhou University in Fouzhou, China are claiming that they have developed a polymer material that could is perfect as a catalyst because it’s abundant in nature, easy to get and to work with, and non-toxic.

“The search for a suitable semiconductor material to use as a catalyst in this process has been a main goal of materials-science research. In addition to being a plentiful, versatile, and safe material, the catalyst should also be stable when in contact with water and able to absorb visible light. The material we chose fits these requirements,” said chemist Xinchen Wang who works with both Max-Planck Institute of Colloids and Interfaces, and Fouzhou University.

The ideal catalyst that the scientists are talking about is called carbon nitride and in order to test it, they polymerized it into molecule chains, then they used a heating-condensation process to rearrange the chains  in layered sheets, a structure which resembles graphite. After the molecules formed these structured sheets, the scientists powdered the carbon nitride, and added a reagent material to water which was meant to donate electrons to the catalysis reaction.

After all of this, the mixture was ready so the scientists exposed it to sunlight. The result? Well, the water was split into positive hydrogen ions and oxygen atoms, then the carbon atoms of the catalyst provided “locations” for the hydrogen ions in order to reduce it to H2.

Although you can’t say that we have hydrogen fuel, it’s a promising start and it shows that the carbon nitride polymer can be used to absorb visible light and that it’s very efficient. For the moment, the entire process is unreliable because the H2 production varies from reaction to reaction. Hopefully, the scientists will overcome all problems and in a few years we will have cheap hydrogen fuel to power our cars.