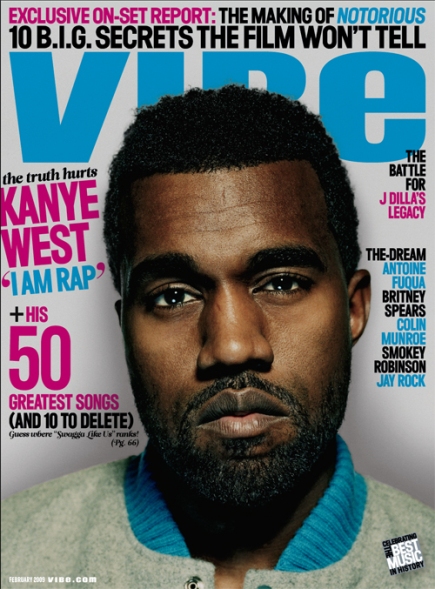 Rapper Kanye West has revealed that he would like to pose nude one day to “break every rule…of Hip Hop.”

The rapper reasoned that that he wanted to challenge the norms of American and African American mores.

“I definitely feel, like, in the next however many years, if I work out for two months, that I’ll pose naked. I [want to] break every rule and mentality of hip-hop, of black culture, of American culture,” he said in the February issue of Vibe magazine.

This wouldn’t be the first time a well-known rapper has stripped his clothing off.

Brooklyn icon Big Daddy Kane posed partially nude in a June 1991 issue of Playgirl magazine, the female lifestyle magazine and counterpart to Playboy. He also pushed the boundaries – and generated controversy among purists – when he did a risqué three-way photo shoot with Madonna and super model Naomi Campbell. The images appeared in Madonna’s “Sex” book in 1992.

Kanye West continues to break standard with his latest offering, 808s & Heartbreaks, where he crooned most of the album with the help of Autotune software

He stated that there is a decidedly double standard as it pertains to Hip-Hop acts and himself.