Cannabis is a safer drug than aspirin and can be used long-term without serious side effects, says a book by a leading Oxford scientist. 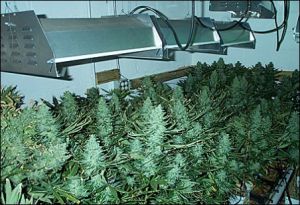 The Science of Marijuana, by Dr Leslie Iversen of Oxford University’s department of pharmacology, found many “myths” surrounding marijuana use, such as extreme addictiveness, or links with mental illness or infertility are not supported by science.

He also found cannabis is an inherently “safe drug” which does not lead to cancer, infertility, brain damage or mental illness. Legalisation of the drug for medical conditions should be considered, he says.

Dr Iversen’s findings will increase pressure on the Government to reopen the debate about the decriminalisation of marijuana.

The author, a fellow of the prestigious Royal Society, found cannabis was far less toxic than other drugs and had “an impressive record” compared with heroin, cocaine or tobacco and alcohol.

His study showed that the active element of cannabis, tetrahydrocannabinol ( THC ), which made users high, had a lot of potential as a safe drug to treat Aids patients and people suffering severe pain. 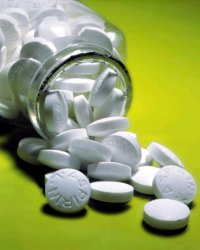 He also found “stoned” drivers were less dangerous and able to co-ordinate than people who were drunk. “By any standards, THC must be considered a very safe drug both acutely and on long-term exposure,” he writes. “The available animal data are more than adequate to justify its approval as a human medicine, and indeed it has been approved by the FDA [American drug authority] for certain limited therapeutic indications.”

The book says “alarming claims about the harmful effects of long-term exposure to cannabis” should be “put to rest”, and there “is no evidence the drug causes any impairment in fertility or sexual function in men or women”. He says people who stop using cannabis do not suffer long-term side-effects.

“Cannabis does not cause structural damage to the brains of animals as some reports had claimed, nor is there evidence of long-term damage to the human brain or other than slight residual impairments in cognitive function after drug use is stopped.” The author says many adverse effects of cannabis are related to smoking the drug.

But cannabis itself did not appear to cause cancer. Compared with alcohol and cigarettes, which led to more than 100,000 deaths a year, cannabis had a far better record.

“Tetrahydrocannabinol is a very safe drug,” he said. “Despite the widespread illicit use of cannabis here are very few if any instances of people dying from an overdose. Even such apparently innocuous medicines as aspirin and related steroidal anti-inflammatory compounds are not safe.

“Thousands of people die every year because of the tendency of these drugs to cause catastrophic gastric bleeding.”