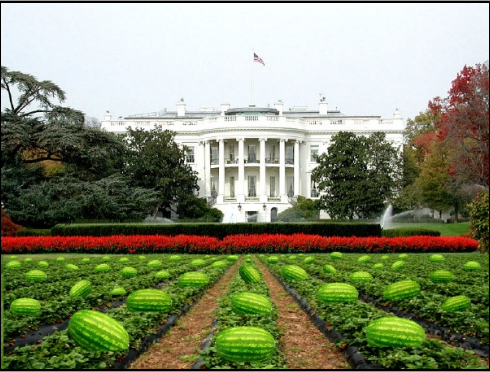 LOS ALAMITOS, Calif. (AP) — The mayor of a small Southern California city says he will resign after being criticized for sharing an e-mail picture depicting the White House lawn planted with watermelons under the title “No Easter egg hunt this year.”

Los Alamitos Mayor Dean Grose issued a statement Thursday saying he is sorry and will step down as mayor at Monday’s City Council meeting.

Grose came under fire for sending the picture to what he called “a small group of friends.” One of the recipients, a local businesswoman and city volunteer, publicly scolded the mayor for his actions.

Grose says he accepts that the e-mail was in poor taste and has affected his ability to lead the city. Grose said he didn’t mean to offend anyone and claimed he was unaware of the racial stereotype linking black people with eating watermelons.

One thought on “UPDATE: Watermelon Patch Mayor to Resign”