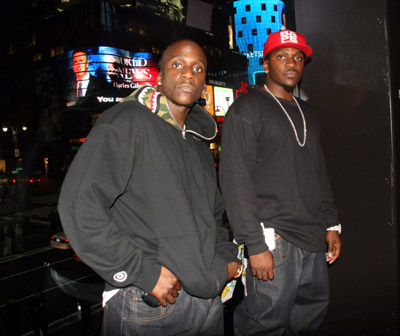 According to federal documents, Gonzalez’s 6 year drug empire has allegedly moved 100 pounds of cocaine and over a ton of marijuana through Hampton Roads, Virginia since 2003.

The federal document elaborates that the defendants painted “themselves out as music producers, rappers, entrepreneurs, club owners, clothing designers and other legitimate occupations in order to conceal the true source of their income.”In addition, Gonzalez is accused of making several kingpin transactions, such as purchasing 10 kilos cocaine for $200,000, and 625 pounds of marijuana for $540,000 in 2007.

Gonzalez’s Encore Lounge nightclub was allegedly purchased in 2007 for $80,000 and 40 pounds of marijuana.

Earlier this year, the Virginia Beach nightclub closed down after a reputed 100-plus incidents of violence and drug transactions in 2008.

Six other co-conspirators were named in the 60-page document, including a police officer who allegedly tipped Gonzalez off about the coming indictment.

To date, Anthony “Geezy” Gonzalez remains at large. At press time, the Clipse could not be reached for comment.