The Game’s new LP, The R.E.D. Album, was not inspired by him being a Blood. It’s not a clever play on words or some type of tip of the fitted cap to Jay-Z’s Black Album. Nah, the Compton native’s CD is all about him restarting his engine. 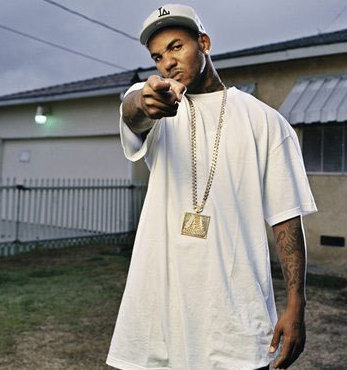 And yes, that rededication means the end of Game’s retirement talk. He says the album will be out in ’09 and he’s already been in the studio with Timbaland, J.R. Rotem, Drumma Boy and former Aftermath producer Mike Lynn. Cool and Dre are scheduled to come in on the album and Game also hopes to track Kanye West down for beats.

“The R.E.D. Album is about to be serious, man,” he promised. “It’s a step up. The R.E.D. Album, it’s a little soulful, I gotta say. Still gangsta — we getting it in. I’m keeping everything on wraps right now.

“This album … it’s gonna be different,” he added. “I was wondering to myself how I’m gonna elevate myself and even change the field. Three albums … what do you talk about after three albums? I ain’t selling crack and gangbanging and shooting sh– up. My beefs have been down-low. So what do you really talk about? I just wanna rap man. I just wanna do music. Whatever it turns out to be, it turns out to be. Long as every song has that collective feel — they gel — then we good. I’m just gonna rap this time.”