Bad parenting 101? We have seen this act before on Maury Povich. This is a cute kid so hopefully somebody figures out what the heck is going on before he eats himself to death. More pics after the jump…

A Chinese baby has become so chubby he now weighs the same as a six-year-old child.
Ten-month-old Lei Lei has been nicknamed the ‘Michelin Baby’ after tipping the scales at a whopping 20kg (3.1 stones).

According to his mother, Cheng Qingyu, her son was a normal weight at birth, but thanks to his ravenous appetite he has steadily ballooned since. 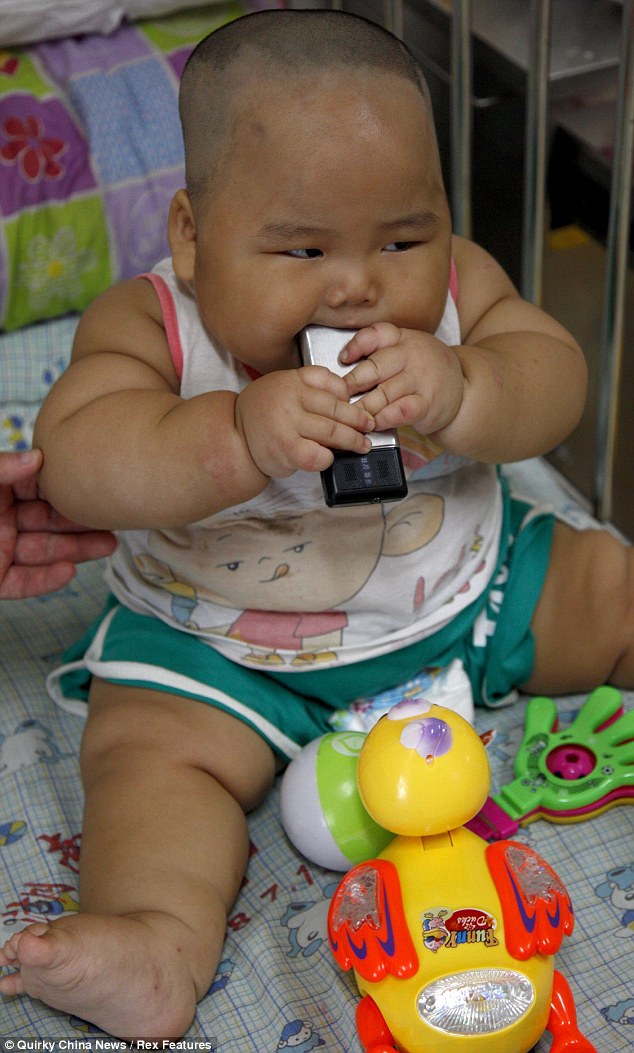 She said: ‘No matter whatever he grabs, he unconsciously puts it in his mouth.

‘His most favourite thing is to eat.’

Lei Lei is currently in hospital in Yiyang, southern China’s Hunan province, where he is undergoing tests to see if there is a medical reason behind his weight gain.