Not sure if she should have got locked up for child abuse, probably was a dumb thing to do but child abuse seems kinda harsh. 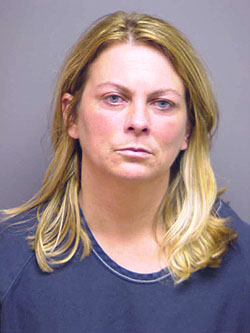 A Florida mother who stood on the sidelines cheering on her daughter during a planned high school fight between the teen and another girl was arrested today for child abuse.

According to a Manatee County Sheriff’s Office affidavit, April Newcomb, 39, can be seen on multiple YouTube videos “encouraging” her daughter “to physically fight” with the other girl. The videos, one of which can be viewed below, were filmed by attendees of the fight, which occurred in a vacant field near Palmetto High School.

When questioned by a cop, Newcomb, pictured in the mug shot at right, claimed that she only attended the bout between the two 16-year-old combatants in order “to make sure nothing got out of hand.” She also wanted to look out for her daughter’s health since the teen had “sustained a skull fracture from a previous incident approximately two years ago.”

“Of course we were both wrong and I understand that,” Newcomb said, adding, “I understand where ya’ll are coming from”.