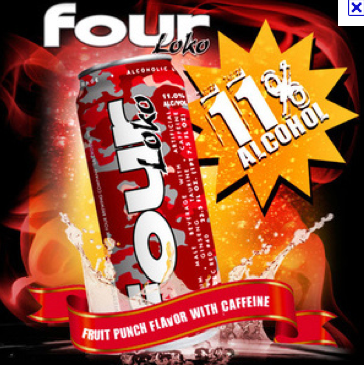 This stuff sounds real dangerous and will probably explode with all the press.  This basically red bull and alcohol together which is already popular combo in the clubs. Hit the jump for a video report from CNN.

Nine Central Washington University students hospitalized this month after an off-campus party were sickened by “Four Loko,” a caffeinated malt liquor also known as “blackout in a can,” according to a police investigation. The drinks are “a binge-drinkers dream because the caffeine and other stimulants allow a drinker to ingest larger volumes of alcohol without passing out,” the chairman of the school’s physical education department said.