How backward are we in this country? These students took to the streets to protest the Conservative Party who basically have cut education while raising student tuition and things got outta hand. They do even worse to us here and we sit back like punks and do absolutely ziltch. 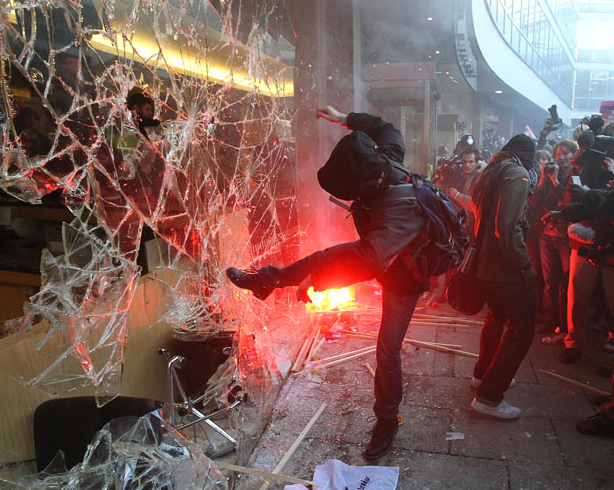 A number of police officers were injured after they came under attack from youths, some wearing scarves to hide their faces, amid scenes of chaos.

Eight people were taken to hospital with injuries after the violence flared at Millbank Tower, next to the River Thames in central London.

Hundreds of protesters stormed the building after smashing through the windows chanting “die Tory scum’.

NUS president Aaron Porter said a small minority of protesters had “hijacked” the march, describing the violence as “despicable”.

He said the violence was not part of the organisers’ plans, blaming the trouble on a “small minority” he believed had arranged it beforehand.

“We talked about the need to prevent anything like this and how important it was to act in a responsible way. Unfortunately a minority have undermined us.”