If you guys, particularly rappers, don’t know anything about Wendy Day, I suggest you do your research. This video below about her bout with Cash Money Records from a new documentary called The Big Payback, is just a snippet about her contribution to this business and culture. I was one of the many people who read her columns, articles, and advice from her website RapCoalition.org. Before the record industry was totally changed and some say permanently damaged by file sharing, she was preaching artist independence back in the day when artists still sold millions of records and life seemed to be good. 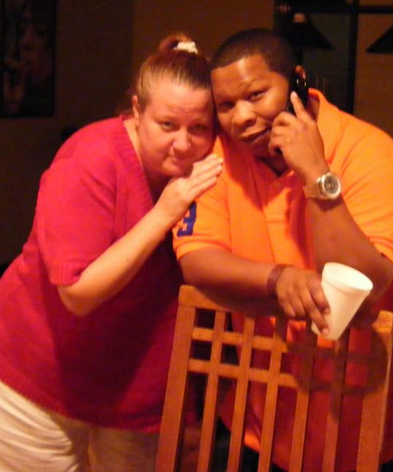 Wendy Day pictured with producer Mannie Fresh, who also claimed he was stiffed by Baby and Slim of Cash Money

She always said artists were getting the raw end of the existing deals and that it would come to a head sometime in the near future.When asked why artist continued to sign oppressive she summed it saying that she thought artist were more concerned with being famous then making money off their art. Not only did help Cash Money, No Limit, and Eminem,but was also was instrumental in David Banner and Twista being freed from their oppressive contracts. I know this because I was an online student of hers and she gave me advice about my aspirations on the business side of this game.

I even sent her a business plan I wrote in which she sent me back to the drawing board and suggested I get business plan software to better flesh out my ideas. This new documentary supposedly sheds light on her controversial dealings with Cash Money and others and I can’t say who did what behind the scenes but I can say that my interactions with her were extremely positive and she strictly trying to help artists take control of their careers and build empires instead of constantly getting crumbs after making these companies millions of dollars. Check out a very informative teaser trailer from The Big Payback: The History of The Business of Hip Hop: