Well it seems that Charlie Sheen is ultimately #Winning against all the naysayers with these new reports showing that he is hotter than ever with a 20-Date concert tour selling out and being courted by FOX for a new show, and CBS honcho Les Mooves wanting him back in the fold at CBS. 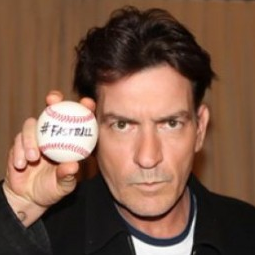 via Radar Online
The top exec at the Eye network is ready, willing, and able to forgive and forget all of Sheen’s recent antics and continue broadcasting the series, with Sheen back in the starring role, a well-placed insider tells us.

According to our source, CBS President and CEO Les Moonves has been speaking directly with top execs at Warner Bros. Television — the company that produces Men and also fired Sheen.

Moonves wants to get the show back on the air. He’s all for it,” the insider adds. “He says certain people need to forget anything and everything Charlie’s done recently and just move on with the business at hand.

“The core issue is, as he put it, the volatile relationship between Charlie Sheen and Chuck Lorre. He believes that if CBS and Warner Bros. TV honchos can find a way to get Chuck and Charlie to speak again, cooler heads will prevail.”
FULL STORY HERE…

3 thoughts on “CBS honcho wants Charlie Back, Sheen in Talks with FOX”