Are we really surprised that Steve Jobs is Big Brother? Every aspect of this society we are being followed and watched by some evil force so get used to it. 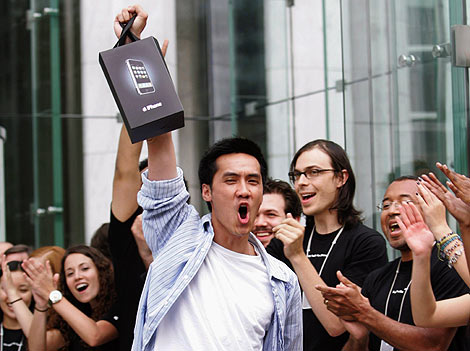 Sen. Al Franken (D-MN) wants answers. Security researchers today revealed the existence of a file on iPhones and on their computer backups that logs detailed cell phone triangulation data—and has ever since iOS 4 was released last summer. The information is stored unencrypted by default, and is simple to access. That announcement led Franken to fire off a two-page letter (PDF) today, asking nine pointed questions of Apple CEO Steve Jobs.