After this business deal, expect a N’Sync reunion in the near future if this does’nt work out. For the life of me I can’t see why he purchase a piece this dying network because having a myspace page is so 2004. I guess starring in the social network has gone to his head literally. 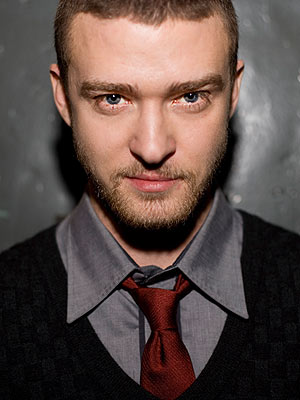 via Guardian UK
The singer turned actor, who starred as Facebook investor Sean Parker in the Hollywood hit The Social Network, took a stake in Myspace along with the online advertising company, Specific Media.

The unlikely entrepreneur will “lead the business strategy” for the fallen social network, the Specific Media chief executive Tim Vangerhook, said on announcing the $35m deal on Wednesday evening.

Myspace has shed billions of dollars from its price tag since it was dethroned as the dominant social network in 2008. Ruper Murdoch’s News Corporation agreed on Wednesday to sell Myspace for a fraction of the $100m it was seeking – a sign of the site’s dramatic fall from greatness.

In an interview with AdAge, Vanderhook said Timberlake, 30, had put his own money into buying Myspace, but refused to disclose how much. He confirmed that the former N Sync singer will have an office in Myspace but that he was “probably not going to be there every day”.

Asked whether he thought Timberlake had been inspired by his star turn in The Social Network, Vanderhook said: “I don’t think it was so much that – that was just ironic. He’s really passionate about how can he create a better community.”

3 thoughts on “Justin Timberlake Buys A Piece of Myspace”