Wow. This stuff (lean, purple drank) is more out of control than I ever imagined. Disclosure: I am a huge fan of 2 Chainz who is a big user and promoter of this purple drank, but in no way would I ever promote anyone to drink this stuff in any way shape or form. 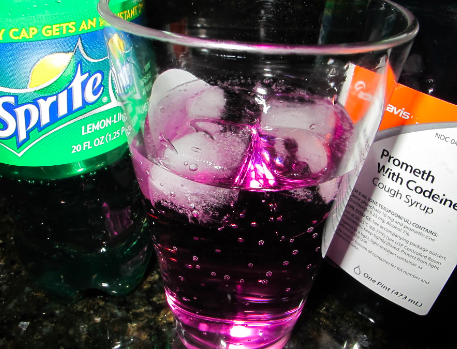 Federal authorities say they have cracked a ring that banked at least $10 million and used its own renegade pharmacies to purchase 97,000 pints of prescription-strength cough syrup and smuggle them from California to Houston to make a deadly potion wildly popular in the hip-hop world.

The syrup used in “Purple Drank” goes for $300 to $600 a pint on the streets of Houston, and was enough to provide at least 1.5 million doses, according to the U.S. Drug Enforcement Administration.

“This is a big case, but I wish it was the only one,” said Sarah Pullen, a spokeswoman for the DEA in Los Angeles. “It would definitely supply a lot of people.”

Arrested as the accused ringleader was Lucita Uy, a 70-year-old grandmother originally from the Philippines. She served 20 months in federal prison a decade ago for money laundering.

The syrup stockpile allegedly allowed its sellers to make millions of dollars and purchase luxury cars, Rolex watches and numerous commercial and residential properties in California and Texas.