I think this is a good move from him after being prodded by some people on Facebook. 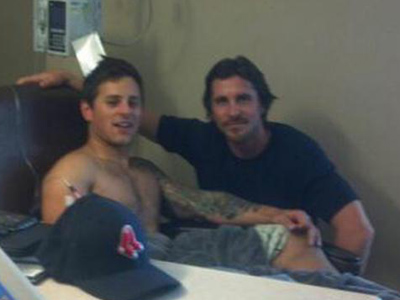 Warner Brothers officials have confirmed that actor Christian Bale of “The Dark Knight” franchise is visiting victims of the Aurora movie theater shooting.
Bale of course plays the titular role of the Caped Crusader in Christopher Nolan’s Batman series.

A spokesperson for Warner Brothers confirmed to The Denver Post, “Mr. Bale is there as himself, not representing Warner Brothers.”
This news after a few groups popped up on Facebook over the weekend to try and get the actor (and/or Batman) to visit victims in the hospital: