Now I am very interested to see how this is going to be enforced? Cause he obviously has no grasp of using condoms. 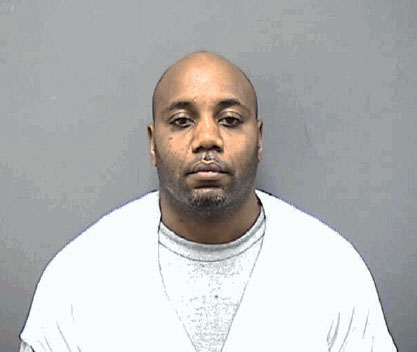 The Wisconsin man, who has fathered nine children with six women, was ordered yesterday to cease procreating until he can support his numerous offspring.

At Curtis’s sentencing yesterday for bail jumping and failure to pay child support, Circuit Court Judge Tim Boyle told the 44-year-old Racine man that his frequent breeding was to be curbed as a condition of his three-year probation term.

Curtis owes about $90,000 total in back child support and interest to the mothers of his children. Pictured in the above mug shot, Curtis will have to wipe out that debt before he can add heir number ten, ruled Boyle.

Court records show that Curtis has been arrested and charged with failure to pay child support on numerous occasions over the past 11 years. His rap sheet also includes convictions for passing bad checks, criminal damage, and burglary.