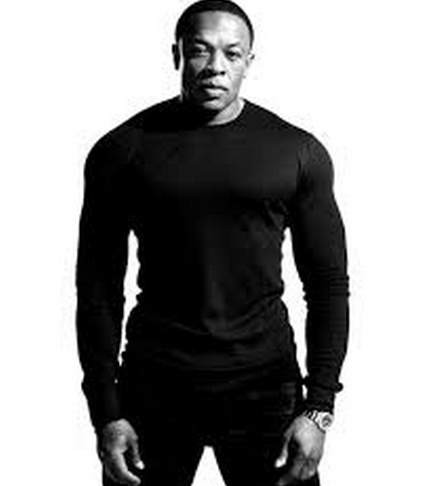 The deal is expected to close in the fiscal fourth quarter. Apple said it will pay $2.6 billion in cash and another $400 million that will vest over time.

Founded by rapper and producer Andre Young (aka Dr. Dre) and music mogul Jimmy Iovine, Beats Electronics is a key vendor in the premium headphone market. Apple reportedly began talks to buy the company in early May. Both Young and Iovine will join Apple as part of the deal.

Beats’ profit margins in the headphone market may be substantial. A pair of its high-end headphones retail for as much as $450, but production costs across the brand run only about $14 a pair, according to The New York Times. Apple said the deal would add to earnings in fiscal 2015.

As I stated on other blog posts about Billboard’s anonymous sources (stating there was a snag in this deal because of the Tyrese/Dr. Dre premature viral video announcement), was pure bullshit. No way that video would affect a deal of this mangnitude and Billboard and its sources were reaching.

Apple’s biggest deal in its history just got a little cheaper.

The tech titan is expected to announce its acquisition of Beats Electronics this week — at the slightly reduced price of $3 billion, The Post has learned.

A report in the Financial Times earlier this month tipping the deal put the price at $3.2 billion.

That may have been the case, but negotiations between Apple CEO Tim Cook and the company co-founded by Dr. Dre were not helped by a leaked report that had Beats Music with just 111,000 subscribers to its streaming service in March.

Spotify, the industry leader, has 10 million paying subscribers — plus 30 million users who use it for free.

That factor may have led Apple’s lawyers to value the firm on a slightly lower basis.

Still, the company is understood to place a high value on the profitable Beats audio business, which retails headphones — costing up to $450 — and speakers around the globe.

“Apple hadn’t even begun its due diligence process when news of the number came out,” one source close to the talks said Tuesday.

Dre and fellow co-founder Jimmy Iovine, a music label executive, will pocket hundreds of millions of dollars in the sale — while at least one corporate backer, Universal Music Group, will be kicking upwards of $400 million back to its Vivendi-owner thanks to an investment made by CEO Lucian Grainge.

Len Blavatnik’s Access Industries also led a $60 million investment round a year ago.

While Dre boasted in a much-watched video that the sale would make him hip-hop’s first billionaire — Forbes estimated he could gross up to $800 million on a $3.2 billion sale from his 20 to 25 percent stake — a discount could make it hard to reach a 10-figure net worth.

Dre earned $275 million over the past three years, according to Forbes.

If Dre owns 25 percent of Beats and the deal goes down for $3 billion — grossing the hip-hop legend $750 million — he could fall just short, as he would have to first pay the IRS.

Owning a streaming service is of strategic importance to Apple, which is the mainstay of music-label revenues. The Cupertino, Calif., company has seen digital downloads begin to fall as consumer tastes now bend toward renting over buying.

Whether Apple is buying the business for the hardware or the streaming music business has been the subject of much debate of late.

“Apple doesn’t have a streaming music business so it would be a nice instant get, but the hardware is the profitable business,” said one source close to the talks.

Apple’s World Wide Developer Conference is slated for June 2 and sources believe both Iovine and Dre will be attending.

Apple is expected to unveil its progress in developing an iPhone platform for the home which includes the ability to use the phone to control light switches and security systems, among other things.