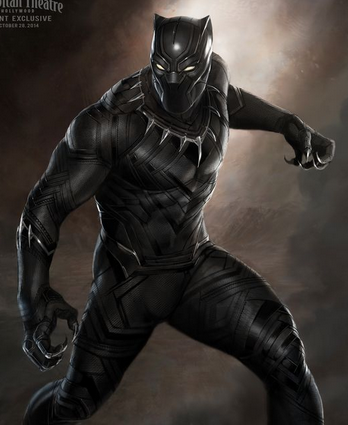 Marvel finally pulls the trigger on the highly anticipated Black Panther movie, along with a slate of diverse movies according to USA Today:

Robert Downey Jr. greeted Chadwick Boseman’s entry into the Marvel Cinematic universe Tuesday at the El Capitan Theater in L.A., where Marvel Studios unveiled a slate of movies that will have fanboys psyched until 2019.

Boseman was cast as T’Challa, the ruler of Wakanda and the title superhero of Black Panther. The movie is scheduled for release Nov. 3, 2017, and will be part of Marvel’s “Phase 3” slate beginning with Ant-Man in July.

Introduced in 1966, Black Panther was the first black superhero in comics, and the film — in addition to a female-led Captain Marvel project in 2018 — infuses diversity into Marvel’s lineup of movie characters.
After Downey told him to get used to a heap of applause from the gathered crowd, Boseman confirmed that Black Panther “is kind of his own guy. I’m blessed to be a part of this Marvel Universe, to work with you both, and to make magic together.” 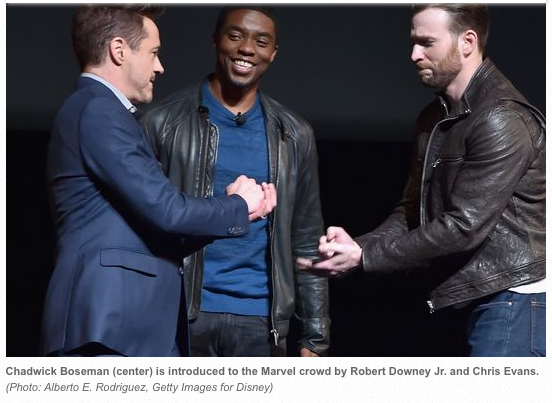 Black Panther is one of Marvel’s most interesting characters, said Marvel Studios president Kevin Feige. “He’s a bit of a prince, he may even become a bit of a king, but it’s all about how this isolationist country meets the world. Maybe it goes well, maybe it doesn’t.”