This kid is definitely one to watch in 2015.

Epic shot. Still don’t like the fact he is not hunting his own food in the wild. Mankind sucks.

“Spy Drones Expose Smithfield Foods Factory Farms”: SINCE 2012, the director of “Speciesism: The Movie” has been secretly using spy drones to investigate and expose the environmental devastation caused by factory farms. In this video, the drones capture shocking aerial footage of several massive facilities that supply pigs for Smithfield Foods. Find out more at http://FactoryFarmDrones.com

Arguably the greatest video of all time.

So Australia gets first dibs on NWA trailer before LA? Iggy had to have been in on this, somebody get Azaela on the phone!

Zionism wins again by one vote? US and Australia said no. Go figure.

Do you want to save TONS OF CASH on future orders for the best New Era and Mitchell & Ness snapbacks, fitteds, and winter hats?  Then you have to Like Rock-N-Jocks Facebook page on this link https://www.facebook.com/pages/Rocknjocks/181017275271403 and Follow Rock-N-Jocks on twitter here! https://twitter.com/rocknjocks  Start out the new year by saving tons of cash.

I guess the tried, tested and true system of the NYPD investigating itself has kicked in after this video went viral.

The NYPD is looking into why an officer got physical with a guy who was filming a viral video for “The Ellen DeGeneres Show.”

The dancer is Alexander BOK, and he bills himself as “your favorite prankster” … that is unless you’re one of the cops he attempted to bust a move on in the middle of a NYC street.

END_OF_DOCUMENT_TOKEN_TO_BE_REPLACED

If you are not following Plies on Instagram you are missing entertainment at its finest.

Little League star Mo’ne Davis is The Associated Press 2014 Female Athlete of the Year. Davis, just 13, is the youngest winner ever. She became an instant celebrity in August after being the first girl to win a Little League World Series game. (Dec. 29)

Dead on. That Chris Tucker was amazing.

I thought filming officers was legal? I guess not in a militarized police state.

The real reason for me being pulled over was the fact that I’ve been known by their organization to film all of my interactions with police. –John Houghtaling

People lie on Facebook? In other news it is being widely reported that water is wet.

Embellishing the truth to impress friends on sites like Facebook may implant false memories, psychologists have warned.

A fifth of young people admit their online profile bears little resemblance to reality, and that their recollection of past events has been distorted by their own fabrications.

Young adults, aged between 18 and 24, say they frequently lie about their relationships, promotions at work and holidays.

Previous research has suggested that social networks are damaging to autobiographical memory.

Psychologist Dr Richard Sherry, a founding member of the Society for Neuropsychoanalysis, said, warned that it could also lead to feelings of shame and worthlessness.

END_OF_DOCUMENT_TOKEN_TO_BE_REPLACED

Everything was all good ‘bout a week ago.

The rapper Bobby Shmurda was arrested today after a long-term investigation by the NYPD related to his possible involvement in shootings and narcotics trafficking. This is Shmurda’s third brush with the law in recent months, following charges for possessing a gun and marijuana.

Anatomy of a Hit: How Bobby Shmurda’s ‘Hot Boy’ Came to Life

Kati Cornell, the director of public information for New York City’s special narcotics prosecutor, confirmed that the rapper was arrested in his car in the early hours of morning. According to official sources, he was arrested along with several members of GS9, the Brooklyn gang that also lends its name to Shmurda’s rap crew.

END_OF_DOCUMENT_TOKEN_TO_BE_REPLACED 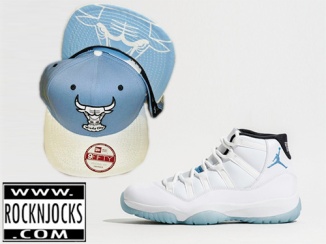 BIGGEST RELEASE OF YEAR DROPS SATURDAY with Retro 11 (Legend Blue) Jordans! Get the (PERFECT MATCH) with this Patent Leather Billl New Era snapback. Will be gone soon. Make it happen at www.rocknjocks.com 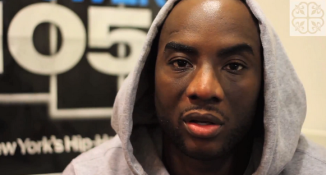 Definitely did not see this coming. Though he was often ridiculed for having dark blotches on his skin never would I have thought he would get plastic surgery and bleach his skin. Hit the jump to see the newly knifed up and significantly whiter Charlemagne who gets playfully ridiculed by co-host Angela Yee in some random video.

END_OF_DOCUMENT_TOKEN_TO_BE_REPLACED

Rock-N-Jocks wants to save you some CASH for Christmas. Get some Miami Marlins done in (SOUTH BEACH COLORS) CUSTOM New Era Fitteds as low as $18.99! Hurry because they won’t last long at this price. Get atwww.rocknjocks.com

Cole goes to Letterman to do a soulful performance of “Be Free” with a new verse.

Please watch and laugh but don’t let the serious underlying message go over your head.

They sure was having fun.

This video shows that Snoop’s instagram joke towards Iggy was even more insensitive to Albinos which was totaly lost in the the controversy.

When Rosamere Fernanda de Andrade first held her newborn baby she assumed there had been a mix up.  Rosamere and ex-husband, Joao, are both black – but their daughter, Ruth, had white skin, blonde hair and blue eyes. But it was no mistake – Ruth, suffers from a rare generic condition called albinism and has no skin pigment.  Since then Rosamere, 31, has had two more albino children as well as three black kids. So stark is the difference between Rosamere and three of her children, she is often mistaken for their nanny. The condition is characterised by the absence of pigment in the skin, hair and eyes – which leaves sufferers exposed to a range of afflictions. The youngsters are so sensitive to sunlight that they need factor 100 sun block every two hours – and only allowed to play outdoors at night.

He spoke the gospel.

Let him be great.

From the ruins of a palace above Kabul, a young Afghan man bearing a striking resemblance to Bruce Lee, is high-kicking his way to Internet fame. Report by Claire Lomas.

Swiss ex fighter pilot, Guinness Book record holder and first man to fly with a jet-propelled wing, Yves Rossy A.K.A. Jetman is back in the sky pushing the boundaries of aviation by completing a sensational formation flight with Aerobatics Champion Veres Zoltán in Dubai!

Jetman Dubai, in partnership with XDubai, has just opened the door on the realms of possibility and the best is yet to come.
Watch until the end to know why…

Love’ em or hate’ em, Q and his website Worldstarhiphop are major players in the tech world. The Verge takes a look at how he built one of the most popular and controversial websites on the planet.

This is a fascinating story that I hope you guys are paying attention to because this is just the beginning of impending cyber warfare against corporations the world over. They have made their demands known and will continue to pull off the veil of these multi-national corporations who have wielded unbridled power for far too long. I got my popcorn. Lastly, I hope that Amy wakes up and realizes that Al Sharpton’s influence is waning and doesn’t speak for us. Burn Hollywood burn.

DEADLINE: Did you apologize to the president?
PASCAL: I don’t know Barack Obama. I worked really hard for him in both of his campaigns. I am inspired by him. I…I’m embarrassed, deeply.

DEADLINE: Rev. Al Sharpton just came out with a statement highly critical of your comment. How do you react to that?
PASCAL: I know I screwed up. So I called him and we spoke. And we are going to try to use this as an opportunity to make things better.

END_OF_DOCUMENT_TOKEN_TO_BE_REPLACED

Rock-N-Jocks wants to save you some cash for Christmas with FREE SHIPPING on all and any orders from the United States! Hurry because this offer is only good from December 9th-13th. You don’t even have to use a promo. code to get the savings. Go now and get the sickest winter hats, snapbacks, and fitteds atwww.rocknjocks.com

The King and rest of the NBA Stars spoke volumes last night( with Prince William and Kate Middleton in attendance) and further distanced them from the coonish comments from Charles Barkley:
Hit the jump for the full story..
END_OF_DOCUMENT_TOKEN_TO_BE_REPLACED

END_OF_DOCUMENT_TOKEN_TO_BE_REPLACED

I have posted two trailers of Top Five before, but this red band joint has got to be the funniest one yet.

No filter from Jay Electricity.

END_OF_DOCUMENT_TOKEN_TO_BE_REPLACED

I guess Charles Barkley would say Richard Pryor was out of his mind back then too. This is from the classic Richard Pryor Live in Concert.

Lisa Price speaks in detail on the immediate backlash she received when she filed for Chapter 11, eventually being acquired by L’Oréal, and her current position at the company.

Rock-N-Jocks is the only place that has this CUSTOM San Antonio Spurs in (OLD SCHOOL COLORS) New Era 59/50 Fitted. You need it and you know it. Make it happen only at www.rocknjocks.com

This song is lit. Wonder if T.I will run to her defense after hearing this?