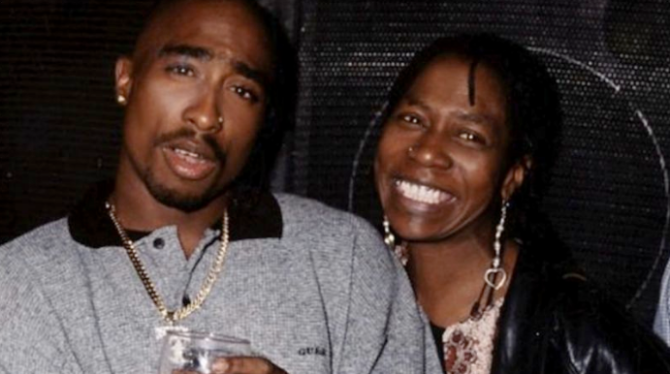 Shakur, born Alice Faye Williams, changed her name when she moved to New York City and joined the Black Panther movement. She and other party members were arrested in 1969 and charged with conspiracy to bomb multiple, busy city landmarks.

In May 1971, she was acquitted on all charges — and she gave birth to Tupac just one month later.

She was the subject of his 1995 song “Dear Mama,” in which Tupac detailed his childhood struggles and respect for his mother.

“There’s no way I can pay you back/But the plan is to show you that I understand/You are appreciated,” he rapped.

After her son’s 1996 shooting death, Shakur took over the late rapper’s estate, which reportedly earns about $900,000 each year.