Please watch and laugh but don’t let the serious underlying message go over your head.

Obama got Osama.They are saying they killed him and have his body. Story developing.

(CNN) — The mastermind of the worst terrorist attack on American soil is dead, U.S. President Barack Obama announced late Sunday night, almost 10 years after the attacks that killed more than 3,000 people.
Osama bin Laden — the longtime leader of al Qaeda — was killed by U.S. forces in a mansion outside the Pakistani capital of Islamabad along with other family members, a senior U.S. official told CNN.
U.S. officials have taken custody of bin Laden’s body, Obama said. No Americans were harmed in the operation, he added.
END_OF_DOCUMENT_TOKEN_TO_BE_REPLACED

This is a farce…after engineering a jury to their liking, and using CointelPro tactics like entrapment, the U.S. Government has found success after two failed attempts culminating in the conviction of five out of the Liberty City Six.  I guess they’re gonna try to convince the rest of the country that this is the new face of terror. 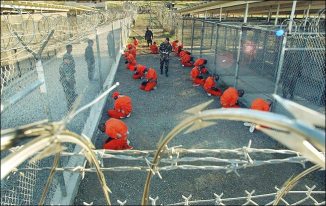 Holder met with reporters in Germany ahead of a speech appealing for Europe’s help to close the U.S. military detention facility.

The attorney general says the U.S. has not decided which detainees they want to send to specific countries, adding that those decisions are weeks away.

There are 241 prisoners at Guantanamo, and Holder has been visiting European leaders this week asking for help relocating detainees and shuttering the detention site over the next nine months.

Previewing his later speech, Holder said closing the detention facility is a shared responsibility for the U.S. and Europe.

AP’s earlier story is below. END_OF_DOCUMENT_TOKEN_TO_BE_REPLACED

BEIRUT: The emergence of a former Guantánamo Bay detainee as the deputy leader of Al Qaeda’s Yemeni branch has underscored the potential complications in carrying out the executive order that President Barack Obama signed that the detention center be shut down within a year.

The militant, Said Ali al-Shihri, is suspected of involvement in a deadly bombing of the U.S. Embassy in Yemen’s capital, Sana, in September. He was released to Saudi Arabia in 2007 and passed through a Saudi rehabilitation program for former jihadists before resurfacing with Al Qaeda in Yemen.

His status was announced in an Internet statement by the militant group and was confirmed by a U.S. counterterrorism official. “They’re one and the same guy,” said the official, who insisted on anonymity because he was discussing an intelligence analysis. “He returned to Saudi Arabia in 2007, but his movements to Yemen remain unclear.” END_OF_DOCUMENT_TOKEN_TO_BE_REPLACED

LMAO! With the bitter comes the sweet. These dudes are gonna wage a war of ideologies against Obama and use his commitment to two diverging groups (Black America vs. AmeriKKKa) or concepts of “America” against him.  Although, it is only name-calling the strategy is clever and as long as it goes unchecked it can become ugly, especially if Obama starts shucking in the Big House (lol). 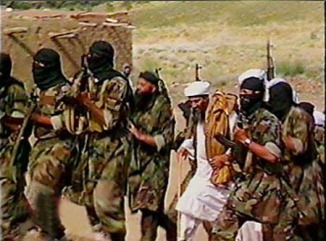 WASHINGTON (AP) – Al-Qaida supporters suggested in a Web site message this week they would welcome a pre-election terror attack on the U.S. as a way to usher in a McCain presidency.

The message, posted Monday on the password-protected al-Hesbah Web site, said if al-Qaida wants to exhaust the United States militarily and economically, “impetuous” Republican presidential candidate Sen. John McCain is the better choice because he is more likely to continue the wars in Iraq and Afghanistan.

“This requires presence of an impetuous American leader such as McCain, who pledged to continue the war till the last American soldier,” the message said. “Then, al-Qaida will have to support McCain in the coming elections so that he continues the failing march of his predecessor, Bush.” END_OF_DOCUMENT_TOKEN_TO_BE_REPLACED 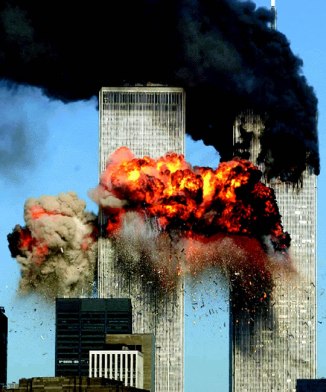 WASHINGTON (Reuters) – Seven years after the Sept. 11 attacks, there is no consensus outside the United States that Islamist militants from al Qaeda were responsible, according to an international poll published Wednesday.

The survey of 16,063 people in 17 nations found majorities in only nine countries believe al Qaeda was behind the attacks on New York and Washington that killed about 3,000 people in 2001.

CAIRO, Egypt (AP) – Al-Qaida marked the anniversary of the Sept. 11 attacks with an hour and a half video message Monday summarizing the state of jihad, or holy war, around the world and slamming Iran for collaborating with the United States.

Short excerpts of the message were aired on the Arab satellite news channel Al-Jazeera.

In them, al-Qaida Number 2, Ayman al-Zawahri accused Iran of working with U.S. forces.

Al-Zawahri said Tehran was “cooperating with the Americans in occupying Iraq and Afghanistan” and slammed Iran for recognizing the two governments. He also criticized the Shiites for not calling for a jihad in Iraq against the “Crusader occupier.” In militant postings, “crusaders” is shorthand for U.S. troops in Iraq. END_OF_DOCUMENT_TOKEN_TO_BE_REPLACED

The US Government has announced plans to try for an unprecedented third time to convict members of the “Liberty City Seven” on purported charges of plotting to blow up US interests, including the Sears Tower and several FBI offices through out the US. Both previous trials have ended up deadlocked with a jury unable to bring back a conviction on any of the defendants. The first trial in fact ended with them (jurors) acquitting one member of the “Liberty City Seven.”

Now, to refresh your memories this was a much publicized story in 2006 that the government alleged was proof that there were cell groups operated within the borders of the US, plotting on behalf of Al Qaeda. The majority of their prosecution came via a planted informant who recorded hundreds of hours of conversations between himself and the men, who were videotaped taking an allegiance to Osama Bin Laden and Al Qaeda. According to Narseal Baptiste, the alleged ringleader, the oath was a hoax and their goal was to use the promised funds to uplift their downtrodden neighborhood of Liberty City.
END_OF_DOCUMENT_TOKEN_TO_BE_REPLACED