False flags warning us about even falser flags.

President Elect Donald Trump tells CNN’s Jim Acosta that his news organization is ‘Fake News’. The guys at Drudge, Breitbart, and Info Wars are eating this up right now.

This has been totally ignored by the mainstream media. Honestly this is my first time hearing about this story until this election cycle. Who knows if this has any validity at all and isn’t just a stunt pulled by Alex Jones for clicks and views. Damn sure looks like him tho.

Danny Williams who claims to be Bill Clinton’s son stated on the Alex Jones Show that Hillary Clinton banished him from seeing his father.

In this exclusive interview, Minister Louis Farrakhangives an unprecedented look into his view on presidential candidate Donald J. Trump. Tune into The Alex Jones Show on Wednesday January 20, 2016 for the full interview.

What started out as a music of rebellion has been turned into the ultimate weapon for the government according to former drug trafficker Freeway Rick Ross who along with the C.I.A conspired to put tons of cocaine and crack into poor black urban neighborhoods.

Alex Jones interviews Rick Ross about the music industry and how it is being used to sell the drug culture to the youth of America and prepare them to be inducted into the prison system.

After annihilating Piers Morgan on CNN with his energized rants against coming gun control laws,  Alex Jones speaks on the government plotting to kill him in particular Mayor Bloomberg’s goon squad. The full interview and his vlog is after the jump.

END_OF_DOCUMENT_TOKEN_TO_BE_REPLACED

Before ‘bi-winning’, and Charlie Sheen’s war with Chuck Lorre and CBS, he had made some strong statements concerning unanswered questions about 9/11. This video was posted by Alex Jones who got the first epic interview with Charlie that started the whole #teamsheen frenzy we have seen over the past couple of weeks.
END_OF_DOCUMENT_TOKEN_TO_BE_REPLACED

I would say that if you are like me and think this oil spill is kinda suspect, please look at this video by Alex Jones.

Order the DVD at: http://infowars-shop.stores.yahoo.net…
Fall Of The Republic documents how an offshore corporate cartel is bankrupting the US economy by design. Leaders are now declaring that world government has arrived and that the dollar will be replaced by a new global currency.

President Obama has brazenly violated Article 1 Section 9 of the US Constitution by seating himself at the head of United Nations’ Security Council, thus becoming the first US president to chair the world body.

A scientific dictatorship is in its final stages of completion, and laws protecting basic human rights are being abolished worldwide; an iron curtain of high-tech tyranny is now descending over the planet.

A worldwide regime controlled by an unelected corporate elite is implementing a planetary carbon tax system that will dominate all human activity and establish a system of neo-feudal slavery.

The image makers have carefully packaged Obama as the world’s savior; he is the Trojan Horse manufactured to pacify the people just long enough for the globalists to complete their master plan.

This film reveals the architecture of the New World Order and what the power elite have in store for humanity. More importantly it communicates how We The People can retake control of our government, turn the criminal tide and bring the tyrants to justice.
A film by Alex jones

Charlie Sheen addresses the President about 9/11 in a special video message, shortly after releasing his “20 Minutes with the President,” specifically addressing 20 key points that need to be answered by a truly independent investigation.

Sheen’s message is a call to action, not only for President Obama to address the pertinent issues, but for activists everywhere to pressure their representatives and leaders, wherever they may be, to ‘be on the right side of history’ and take back the country through peaceful revolution and true grassroots dissent.

Twenty Minutes with the President – http://www.infowars.com/twenty-minute…

We are all doomed.

Kathleen Sebelius: Kansas governor and nominee for the the Health and Human Services secretary post 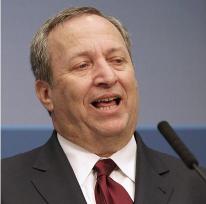 Paul Volcker: Chairman of the Economic Recovery Advisory Board

Once conspiracy theories go mainstream are they theories anymore?

The highest levels of the Obama administration are infested with members of a shadowy, elitist cabal intent on installing a one-world government that subverts the will of the American people.

It sounds crazy, but that’s what a group of very persistent conspiracy theorists insists, and they point to President Obama’s nominee for Health and Human Services Secretary, Kansas Gov. Kathleen Sebelius, as the latest piece of evidence supporting their claims.

It turns out that Sebelius – like top administration economists Timothy Geithner, Larry Summers and Paul Volcker, as well as leading Obama diplomats Richard Holbrooke and Dennis Ross – is a Bilderberger. That is, she is someone who has participated in the annual invitation-only conference held by an elite international organization known as the Bilderberg group.

The group, which takes its name from the Dutch hotel where it held its first meeting in 1954, exists solely to bring together between 100 and 150 titans of politics, finance, military, industry, academia and media from North America and Western Europe once a year to discuss world affairs. It doesn’t issue policy statements or resolutions, nor does it hold any events other than an annual meeting. END_OF_DOCUMENT_TOKEN_TO_BE_REPLACED

Kudos to the Blast Master. Every system needs Checks & Balances. Like I said before lets see how quick they are to distance themselves from the “Teacher” and label him crazy but nobody will dare step up to debate the facts upon which he is professing. This should be interesting. We use to always say KRS-ONE is the last dude you want on the opposing team.
CLICK [HERE] for related post.

Here it is!  KRS-ONE & Alex Jones trade Obama conspiracy theories and the Obamanites “mindless loyalty” to the Free World’s new leader. Alot of points are made, especially some that will upset those who drunk the Kool-Aid and ate the “O” cereal.  I can envision this argument going on for the next four years…they are technically pulling his skirt.  What I wonder is how long will the pundits continue to dodge having this debate?   Remember, YOU MUST LEARNNNN