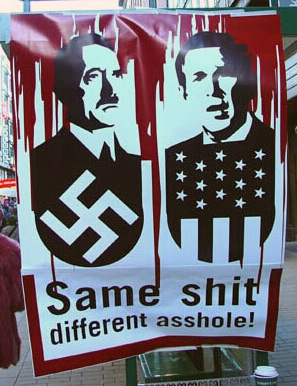 Under the guise of a “War on Terror” the current US administration continues to erode at basic American liberties and conduct rampant surveillance of its own citizens. These moves have been compared to Nazi Germany‘s and their fascist form of governance but ironically these days it is Germany that is taking its cue’s from America and using the War on Terror to transform its country into a police state.

Despite strong criticism from the opposition and even its own coalition partners, Chancellor Angela Merkel’s government agreed Wednesday to give Germany’s police forces greater powers to monitor homes, telephones and private computers, maintaining that an enhanced reach would protect citizens from terrorist attacks.
END_OF_DOCUMENT_TOKEN_TO_BE_REPLACED