For you 3D junkies and gaming addicts, here is another gadget to indulge your techie cravings. LG kicks off it’s campaign for the Thrill 4G today with a concert by Jane’s Addiction in New York City at 9 p.m. at Terminal 5 on the Far West Side. LG is asking concert attendees to take part in the “world’s first 3-D generated concert,” where approximately 200 fans will us the Thrill 4G to capture the action in 3D. The official pre-sale of the Thrill 4G begins on Aug. 7. The LG campaign will also include a 3D-Game tournament in San Francisco.

Some phone users can’t commit to monthly plans. Instead these so-called prepaid users pay for buckets of minutes — effectively paying as they go.

Some subset of this group, AT&T’s market research indicates, won’t even commit to minutes — hence a new product offering. Starting Monday, AT&T will offer prepaid users the ability to pay $3 to make unlimited local and long-distance calls for one day. Pay $3 online in the morning, use the phone all day, then hang up and be done with it.

Mark Siegel, a spokesman for AT&T, said the theory behind the offering is that “prepaid callers are heterogeneous.”

Mr. Siegel said the company did not expect the plan’s potential customers to come from any particular age group or demographic. Rather, he said, “it’s for people who want to use the phone for a day without counting minutes.”

END_OF_DOCUMENT_TOKEN_TO_BE_REPLACED 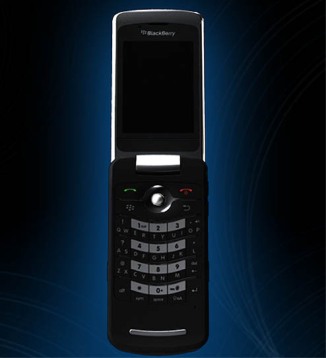 The long awaited BlackBerry Pearl Flip 8220 is finally coming to it’s release date. T-Mobile will be the first carrier in the world to release this new BlackBerry. T-Mobile has posted a pre-register link on their website which takes you to the 8220’s page on BlackBerry.com and allows you to sign up for the company’s mailing list.

Does anyone think this is a horrible timing for RIM to release the BlackBerry Pearl Flip? So far, it looks like the BlackBerry Bold will be released in the U.S. on October 2nd on AT&T. Hopefully it won’t get pushed back again!

I'm coming for that Number One Spot!

SOHH has learned that Ludacris just signed a multi-million dollar deal with phone giant AT&T, the first hip-hop act to land such a large contract with the company.

He’ll lend his likeness to online and TV ads promoting the service and he just wrapped shooting of his first commercial.

“I had a lot a fun shooting this commercial,” Luda said. “If you like the AT&T commercials you’ve seen then you’ll love this one.”

END_OF_DOCUMENT_TOKEN_TO_BE_REPLACED

While Americans were busying snatching up the last items on their Christmas shopping lists, the U.S. Senate was one step closer to protecting various cellphone/wireless carriers who allegely collaborated with the US Goverment in their illegal phonetap/spy program.  They are passing legislature that will protect these companies from any further legal action.  The greenlight not only extends to wiretapping of phone services but also internet connections.  Here’s what they had to say: “The language is crafted broadly enough to shield not only traditional telephone companies and Internet service providers, but e-mail providers, search engines, and instant-messaging services too. And the legal shield would apply not only to corporate cooperation with programs run by the National Security Agency, but also any activities at the CIA, the Defense Department, the Office of the Director of National Intelligence, the Defense Intelligence Agency, the State Department, the Treasury Department, Homeland Security and other intelligence-related organizations.”  To read the full story about this invasion of your privacy read HERE.