AVONDALE, AZ (KPHO/KTVK) –
The holiday shopping season officially kicks off this week, and many of you will be out early to get your hands on those Black Friday deals. On Sunday, one man was already camped out hoping to score at Best Buy.

Jarvis Johnson said he wanted to be first in line to get the best of the best deals. He’ll be camped out in front of the Avondale Best Buy on 99th Avenue and McDowell for the next four days.

He has a bed, TV and floor mat so that he can walk around barefoot. He also has an ice chest to keep his snacks cold, and of course a microwave to warm up his food.

He even has a heater to keep warm at night.

He said he was able to use all of this by using an extension cord that’s 200 feet long.

Jarvis said he’s been camping out for Black Friday deals for eight years now, taking about four days off of work each time. 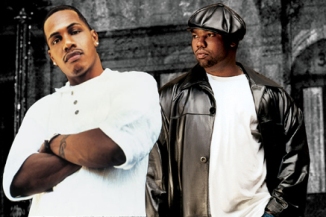 Rae & A go back and forth on two predominant topics in Hip Hop right now, whips & kicks. Rae adds that late 80’s/early 90’s flavor that only he can, while AZ follows up with his paintbrush and adds his throwback visuals.