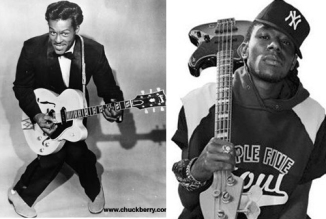 Brooklyn rapper Mos Def who has a burgeoing movie career(sans Be Kind Rewind) is due to portray Chuck Berry in the Chess Records film biopic due to be released sometime next year. The AP is reporting that filming has already begun in New Jersey.

Darnell Martin (“Their Eyes Were Watching God”) is directing from his own script.