Donald Sterling is a racist. I think that is the consensus across the board from anyone with a half a brain who heard the infamous taped conversations between him and V. Stiviano released a couple of weeks ago to TMZ. But listening to his interview with Anderson Cooper, I have come to realize that the media portrayal that he is some senile crazy rich old man, spewing age old thoughts on race, is a facade created by the mainstream media to shield that systematic racism is alive and well in 2014.

END_OF_DOCUMENT_TOKEN_TO_BE_REPLACED

via Interscetion of Madness & Reality

This nation was founded on racism. It was founded on the genocide of the native people. It was built on the backs of enslaved Africans. Obviously, institutional racism and individual racism remain a part of the fabric of America. Racism did not die. It evolved and adapted to a new environment. Instead of using the N word, the new racism uses code words such as thug, gangster, ghetto, welfare queens, food stamp president and free stuff.

Don Lemon is backing the dumb and racist comments by Bill O’ Reilly which are surface at best in his quest to scold the black community into greatness.

As soon as my jam-packed plane hit the ground in Washington, I instantly felt a kind of shift in the air. D.C. has long been called the “chocolate city” for its large number of African-American residents. But on this particular weekend—the historic one before the swearing-in of the first African-American president—the city was transformed into a sort of chocolate Disney World. The streets were filled with thousands of smiling, almost giddy, brown faces. Young and old wandered joyfully and endlessly in the freezing cold, searching for any souvenir with Barack Obama‘s face on it. “This is what hope looks like,” I remarked to one of my friends as we walked by a man selling T shirts with a picture of the White House and the slogan THE BLACK HOUSE.

Ever since Barack Obama and his family hit the national scene two years ago, African-Americans have balanced our greatest hopes against our fears of disappointment. Would he run? Would he win the nomination? Would he, could he, win the presidency? On the broadest level, Obama has fulfilled our dreams just by taking office. African-American boys I know in South-Central Los Angeles who wore cornrows and once dreamed of nothing more than living to the age of 18 without being shot down are now entering barbershops to ask for the no-nonsense Obama haircut. Teenage girls I mentor who once yearned only for a date with someone who lived “the thug life,” are now giving the nerd in the front of the class a second look. END_OF_DOCUMENT_TOKEN_TO_BE_REPLACED 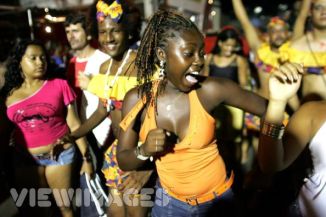 RIO DE JANEIRO, Brazil (AP) — Blacks will outnumber whites in Brazil this year for the first time since slavery was abolished, but the income gap between the two groups may take another 50 years to bridge, according to a government study released Tuesday.

The government’s Applied Institute of Economic Research said Brazil, which has the world’s second-largest black population after Nigeria, is decades away from racial equality despite public policies aimed at decreasing the gap.
Blacks generally earn 50 percent to 70 percent less than whites, and hold only 3.5 percent of management positions at Brazil’s 500 largest companies, according to the labor-union statistics institute Diesse.

A 2004 study by the Federal University of Rio de Janeiro found the income gap between whites and blacks in Brazil was wider than in apartheid-era South Africa.
“Black people end up not having the access to an education that will allow them to climb to meet opportunities. And when there is an opening, they aren’t always capable of competing for it,” said Diesse director Clemente Ganz Lucio.
END_OF_DOCUMENT_TOKEN_TO_BE_REPLACED 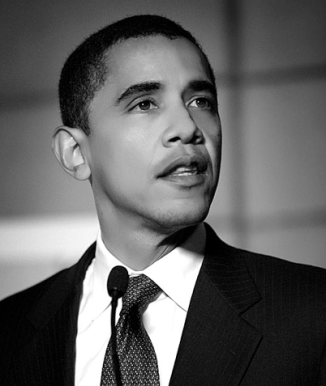 It appears that not only is Obama emerging as an inspirational speaker who is using his message of hope to spawn change across the country in general but he is using his time on the pulpit to address the ills that plaque black society specifically.  While campaigning in Texas he was highly critical of behavior patterns that have resulted in obesity in the black home and he spoke on parents being more actively involved in their children’s school life.  “Turn off the TV set, put the video game away.  Buy a little desk or put that child by the kitchen table.  Watch them do their homework.  If they don’t know how to do it, give them help.  If you don’t know how to do it, call the teacher.  Make them go to bed at a reasonable time.  Keep them off the streets.  Give ‘ em some breakfast. Come on. … You know I am right.”  Well, well lets see how this pans out.  The last time someone (Bill Cosby) took the tough love approach to blacks in public he damn near got ostracized for airing “dirty laundry.” To read this article in its entirety CLICK HERE