Just found this on youtube. Have not heard or seen any press on this and the trailer dropped in July. Hmm.

In the pre-Civil War United States, Solomon Northup (Chiwetel Ejiofor), a free black man from upstate New York, is abducted and sold into slavery. Facing cruelty (personified by a malevolent slave owner, portrayed by Michael Fassbender) as well as unexpected kindnesses, Solomon struggles not only to stay alive, but to retain his dignity. In the twelfth year of his unforgettable odyssey, Solomon’s chance meeting with a Canadian abolitionist (Brad Pitt) forever alters his life

This movie is the talk of the Cannes Film festival and looks to be a crime thriller in the vein of Goodfellas and Casino. Here is a clip from the movie look for a trailer to drop soon.

Glad to see a star of his magnitude actually going down there and being hands on instead of doing some BS telethon where we never see the money really get to those who need it.

In Columbia Pictures’ Salt, Angelina Jolie stars as Evelyn Salt, a CIA officer who swore an oath to duty, honor, and country. When she is accused by a defector of being a Russian sleeper spy, Salt goes on the run to clear her name and ultimately prove she is a patriot. Using all her skills and years of experience as a covert operative, she must elude capture and protect her husband or the world’s most powerful forces will erase any trace of her existence

She actually looks great with the baby fat on her. The pictures of her now she looks really skinny. Anyway the most photographed woman in world besides Michelle was a teenage model courtesy of Radar Online: 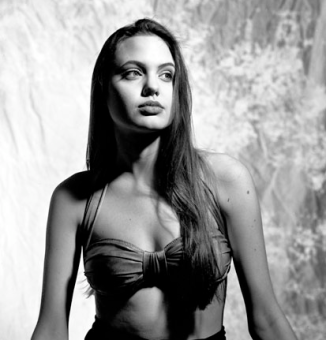 END_OF_DOCUMENT_TOKEN_TO_BE_REPLACED

Quentin Tarantino provides us with a Nazi-killing scene from his new movie and artist R. M. Guera helps us give it a graphic graphic-novel treatment.

END_OF_DOCUMENT_TOKEN_TO_BE_REPLACED

Now we all know nobody does violence like Tarantino but if they can fantacize about giving Hitler the bizness (II) then we need a slave era adaption in the same vein to get the blood boiling. Scripts anyone?

more about “SNL: Madonna And Angelina In Weekend …“, posted with vodpod

This is the latest trailer for the next gore fest from Tarantino, Inglorious Basterds starring Brad Pitt

Please keep in mind that this is a faux…a fake, a phony a sham!  But damn, those geeks are over-talented. I hope Barack taps into this reserve of talent in the New Year and gives these dudes some constructive assignments. If there is one thing America is good at exporting it is entertainment and we seem to have an abundance of super-talented dudes online.  Here they mash up footage of Brad Pitt and Hugh Jackman immersed within Thundera, getting their “sight-beyond-sight” on!

BERLIN – For weeks, Germany’s tabloids and culture pages have been preoccupied with Quentin Tarantino’s film “Inglorious Bastards,” slated to start filming next week in Germany.

While the tabloids are drooling over the movie’s star, Brad Pitt, who is moving with his wife Angelina Jolie and their children to a villa close to Berlin (“The most beautiful couple in Wannsee,” one headline declared), the serious media is focusing on another angle: Is Germany ready for a Tarantino-style treatment of World War II?

An early draft of the script leaked onto the Internet three months ago suggested the film would contain scenes of bloody vengeance exacted by Jews against Nazis. One campaign would be carried out by Jews in the U.S. Army intent on scalping Nazi soldiers on occupied French soil; another would be a Jewish refugee’s revenge against the Nazi officer who murdered her parents. END_OF_DOCUMENT_TOKEN_TO_BE_REPLACED

Okay leaked info says the pictures were hocked for $14 million and that most likely go to charity. Time will tell but damn this selective breeding process is definitely getting bigger by the minute. Even more amazing is that the magazines will not recoup the $14 million in sales of the issue, it is done more for the prestige and notoriety. 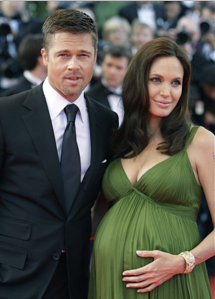 n this May 15, 2008 file photo, American actors Brad Pitt and Angelina Jolie arrive for the premiere of the film "Kung Fu Panda," during the 61st International film festival in Cannes, southern France. People magazine has scored the U.S. rights to exclusive photos of Brad Pitt and Angelina Jolie's newborn twins, a representative for the magazine told The Associated Press on Friday. (AP Photo/Matt Sayles, file)

NEW YORK (AP) – A person involved in the negotiations for pictures of Brad Pitt and Angelina Jolie’s newborn twins says the rights were sold for $14 million.The person asked not to be named because he was not authorized to release the figure. People magazine scored the photos in a joint deal with the London-based Hello! magazine, and the two will split the bill.

The money will go to a foundation created by Pitt and Jolie that largely focuses on helping children around the world. The $14 million is nearly double the $6 million People paid to feature Jennifer Lopez and her newborn twins on a March, according to Forbes.

Researchers are warning against an alarming trend called the “Madonna effect.” “Third World” parents are putting their children up for adoption in droves with the hopes that “wealthy Westerners” will swoop down and provide their children with a more prosperous life a la Madonna’s adoption of a Zambian baby she later renamed “David.” The British psychologists at the heart of the research are warning against the widespread expoitation of the adoption process at the hands of agencies and governments who are profiting from the booming trade.

“Some celebrities have unwittingly encouraged international adoption, yet it has been shown that 96 per cent of children in orphanages across Europe and probably across the globe are not true orphans and have at least one parent, often known to the local authorities.”

Adoption from abroad is a booming trend in Europe because of the stringent rules that prohibit Europeans from adopting from within their own “borders” coupled with the celebrity endorsement of multi-ethnic adoptions made famous by Madonna and Angelina Jolie. CLICK HERE for the rest of this informative story.