Aunt Viv with the ether for Jada Pinkett Smith over her boycott of the Oscars.

The greatest comedian of the modern era Eddie Murphy speaks to Roland Martin about his music, the comedians of today, and his return to SNL after 30 years. Will definitely be a ratings bonanza for NBC with Eddie showing up.

He spoke the gospel.

I have posted two trailers of Top Five before, but this red band joint has got to be the funniest one yet.

END_OF_DOCUMENT_TOKEN_TO_BE_REPLACED

This is a Must Watch for everybody.

Ice-T Presents: Iceberg Slim: Portrait of a Pimp, examines the tumultuous life of legendary Chicago pimp Iceberg Slim (1918-1992) and how he reinvented himself from pimp to author of 7 groundbreaking books. These books were the birth of Street Lit and explored the world of the ghetto in gritty and poetic detail and have made him a cultural icon.

hahahahahahah. “samples from Kostco.. I take that…”

“Oprah is so rich, China owes her money” – Chris Rock

Here is the great new trailer for the documentary My Nappy Roots. Lawsuits withstanding their is enough room for this and the Good Hair documentary to be successful.

I do not have any firsthand knowledge of the any of the legal proceeding but hopefully this can be resolved amicably and I can’t wait to see follow up projects from both camps.

Special thanks to MY NAPPY ROOTS on Twitter for sending this to us! Also visit their website for more info on How To Get A Screening in Your Community..

I was sent the official court documents via Twitter from the The Nappy Roots Facebook page and I am posting the link here if you would like to read the case in detail.  Here is a new video interview with Ms. Kimbell and her lawyer.

END_OF_DOCUMENT_TOKEN_TO_BE_REPLACED

Of course Chris Rock had to bring some sense to the Polanski mess.

When Chris Rocks daughter, Lola, came up to him crying and asked, Daddy, how come I dont have good hair? the bewildered comic committed himself to search the ends of the earth and the depths of black culture to find out who had put that question into his little girl’s head! Director Jeff Stilsons camera followed the funnyman, and the result is Good Hair, a wonderfully insightful and entertaining, yet remarkably serious, documentary about African American hair culture.

An exposé of comic proportions that only Chris Rock could pull off, Good Hair visits hair salons and styling battles, scientific laboratories, and Indian temples to explore the way black hairstyles impact the activities, pocketbooks, sexual relationships, and self-esteem of black people. Celebrities such as Ice-T, Kerry Washington, Nia Long, Paul Mooney, Raven Symoné, Maya Angelou, and Reverend Al Sharpton all candidly offer their stories and observations to Rock while he struggles with the task of figuring out how to respond to his daughters question. What he discovers is that black hair is a big business that doesnt always benefit the black community and little Lolas question might well be bigger than his ability to convince her that the stuff on top of her head is nowhere near as important as what is inside.

Like Chris Rock said..”All we fathers get is the big piece of chicken- if we lucky”…Moms get songs by the O’Jays and everything!!!!! Moms deserve that love, but right now I’m shouting out to real dads.

Some are great role models with real academic achievements. Some are not. Some are no longer alive. Some fathers are locked up, but they are praying for their kids and hoping to be on the streets soon and be betters dads 1 day.

We deserve the love!!! Becuz we don’t even expect it, we do what we do regardless! With no signs of a reward for it. We put up with everything, standing true to what’s real and letting life take its course protecting our household, our woman, our children, our family. Protecting and leading a nation. Shout out to my pops, a great man! Blessings to our granddads who came b4 us who laid the seeds and the foundation….I wish every dad takes a minute to look at what’s he’s done…just a minute…No need to glance too long.. Just smile.

(CNN) — Chris Rock is best known for two things: being funny and being crass.

“This is what people come to see. I’m just doing my show,” the comedian said with a laugh. 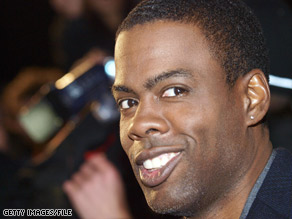 He’s also known for his political commentary, but there’s one person he’s having a lot of trouble making fun of — president-elect Barack Obama.

This is apparent in his new DVD “Kill the Messenger,” which combines three shows from his international tour: New York; London, England; and Johannesburg, South Africa.

“It was a tour nobody wanted to do… because the general perception is that comedy doesn’t translate,” Rock said.

But thanks to the Internet, the world is a lot smaller than it was even 10 years ago. And people are digging the same jokes, he said, including ones about John McCain and Sarah Palin.

As the DVD readies for release on January 20, CNN talked with Rock about his lack of Obama jokes, Inauguration Day and why racism will never die. The following is an edited version of that interview:

CNN: I watched the special last night, and I noticed that you did a lot of jokes about John McCain — his age, his war hero story — but not so many about Barack Obama. Is it harder to make fun of Obama? END_OF_DOCUMENT_TOKEN_TO_BE_REPLACED 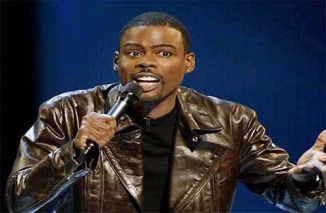 Found this funny article over at Rollingstone with none other than Chris Rock and he is primed and ready to talk about everything including this very intense presidential campaign.

For instance: “Bush has fucked up so bad,”that he’s made it hard for a white man to run for president. ‘Gimme anything but another white man, please! Black man, white woman, giraffe, anything!’

A white man’s had that job for hundreds of years — and one guy fucked it up for all of ya!” And: “Each candidate tells you how humble they are. No, you’re not humble! Do you know how big your ego has to be to say you wanna be president of the United States? Do you know how much Puff Daddy juice you have to drink? How many Kanye injections you have to take?”