These are so f*cking dope.

James Harden enters D’Antoni’s study and gets a big surprise, while Dwyane Wade has an unwelcome encounter with a former super-teammate.

With the Cavs on the road and ready to go back to back, LeBron James is leaving no room for off days. 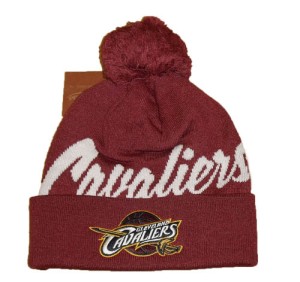 Rock-N-Jocks just got in tons of winter beanies like these Mitchell & Ness Chicago Bulls and Cleveland Cavaliers beanies. Get over and check them all out at www.rocknjocks.com

Third generation jump shooters on the way from the Curry family.

He got the f*ck outta the dodge to avoid being posterized and probably made it worst.

After a decade and half of adoration for 2 Pac since his death, I have recently heard some compelling arguments against the true legacy of Tupac Shakur.

Being childhood friends/former teammates with the best basketball player in the world has it perks, but it won’t guarantee you a spot on an NBA roster. So what do you do to put food on the table for your family? Romeo Travis has spent the last 8 seasons playing professional basketball overseas. No matter where in the world basketball takes him, the city of Akron (OH) will always be his home.

“SHOOTIN’ THE SH*T” is an original video series where professional athletes have real conversations about sports, culture and everything else happening in the world.

Bronny led the Gulf Coast Blue Chips at the John Lucas All-Star Weekend Tournament this past weekend. The 10-year-old put together quite the highlight reel at the tournament, with his passing and handles looking very good.

Basketball God Lebron “King’ James discusses his plans for Hollywood domination off the court and whether or not he has the golden touch when it comes to pushing his brand to new heights once his playing career is over.

This story first appeared in the Feb. 20 issue of The Hollywood Reporter magazine.

END_OF_DOCUMENT_TOKEN_TO_BE_REPLACED

I think Key and Peele would agree. 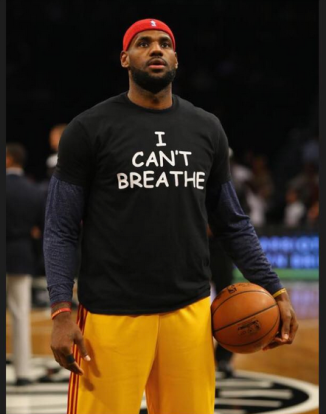 The King and rest of the NBA Stars spoke volumes last night( with Prince William and Kate Middleton in attendance) and further distanced them from the coonish comments from Charles Barkley:
Hit the jump for the full story..
END_OF_DOCUMENT_TOKEN_TO_BE_REPLACED

Lebron James gives his thoughts on the current state of racism on and off the court. I guess this what people expected from Young Thug? Not. 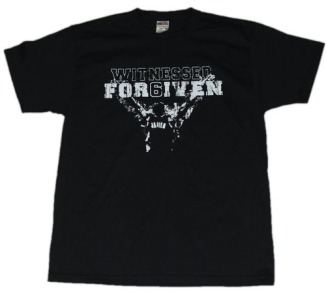 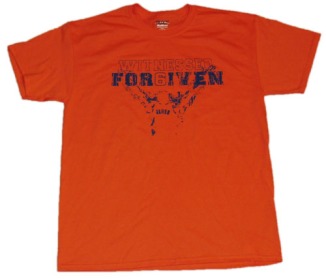 Rock-N-Jocks has a HUGE SALE NOW ONLY $9.99 for these LEBRON JAMES (Witnessed Forgiven) T-Shirts. They will sell out quick at this steal of a deal price. The only place in world to get this design is http://www.rocknjocks.com

Rock-N-Jocks just got this NEW ARRIVAL Lebron James Cleveland Cavaliers Jersey T-Shirt. Made by Adidas. This will sell out quick. Make it all yours at www.rocknjocks.com 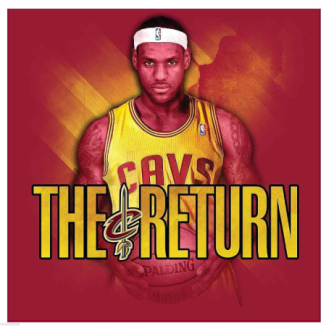 Rock-N-Jocks just got in the HOTTEST Lebron James shirt in the land. Get this Lebron James (THE RETURN) Clevland Cavaliers Adidas T-shirt only at http://www.rocknjcoks.com before they sell out!

Rock-N-Jocks just got in stock the biggest thing going in the NFL right now Cleveland Browns (Johnny Manziel Money Hands) Elfie logo T-Shirts. Blowing out of stock quick. Get yours only at http://www.rocknjocks.com

Powerade give you an inside peek at King James training.

It’s not every day the world’s best player opens his practice to the public. Watch his 60-minute training session here — uninterrupted, unedited and unrivaled. But for an even richer experience, full of interactive content, watch LeBronTime here:http://www.LeBronTime.com

After winning back to back championship rings, what else is King James supposed to do besides bust a few raps? The intro is kinda long though so give him a pass.

Totally destruction from the anti-hero Lebron James. Time for Cleveland fans to finally get over it. That third quarter was quite a performance by Lebron and Dan Gilbert had to sit there and watch it all.

He is still a country boy and it is time for the people of Ohio to stop hating him for being a man and doing what he thought was the best for him, his career, and family. Hit the jump for the rest of the ad.

LeBron James took out a full-page ad today in the Akron Beacon Journal to thank his hometown fans: ‘‘Akron is my home, and central focus of my life,’’ says the ad. “It’s where I started, and it’s where I will always come back to.” James, who jumped ship to the Miami Heat from Cleveland, will be back home this weekend for his annual charity bike-a-thon, the newspaper notes.

‘‘You can be sure that I will continue to do everything I can for this city, which is so important to my family and me,’’ his ad says. ‘‘Thank you for your love and support. You mean everything to me.’’

END_OF_DOCUMENT_TOKEN_TO_BE_REPLACED

Represent “Lebron” the king of the rock this is none higher with this 2 time MVP adidas adult t-shirt. This shirt is all navy blue with everything else on the shirt in gold foil material. This shirt is extremely limited. Hurry and gets yours at http://www.rocknjocks.com 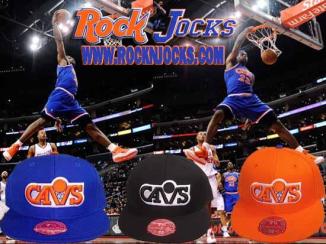 Rock-N-Jocks brings to you the hottest team in the N.B.A. Cleveland Cavaliers Mitchell and Ness fitteds. Just came in stock the retro blue, retro orange, and smooth looking black and white fitteds. Go pick yours up right now at www.rocknjocks.com

This dunk right here kills all the dunks in the Allstar Game’s whole dunk competition combined. This guy is unreal. I totally agree with To The Tin, we need this guy in the dunk contest 2011.

Source: To The Tin

I am loving the fact that Shaq has re-dedicated himself to getting in shape and seems to be really focused on helping Lebron win a championship, Check out the pic below from his new reality competition TV show:

By now most of you must have heard about Shaquille O’Neal’s new reality TV show he is filming over the summer break. If you haven’t heard about it, it will be called “Shaq Vs.”

Each week in ‘Shaq Vs’ the big fella will be challenging stars of other professional sports to a one on one match, against himself, in their particular sport of excellence. O’Neal figures the differing sport training will provide him with the type of versatility and stimulation he needs to train over the summer and stay in shape.

The first “Shaq Vs.” episode was shot this week and for the premiere episode Shaq challenged NFL QB Ben Roethlisberger in some sort of football match. While there are no spoilers being leaked for you yet on who won the game, word is Shaq is calling himself “The Big Field General” throughout the episode and we have the following picture for you from filming, enjoy folks:

The Cleveland Cavaliers and the Phoenix Suns have come to an agreement on a blockbuster trade that sends Shaquille O’Neal to Cleveland to team with LeBron James, according to sources.

The deal has been agreed to in principle and is expected to be finalized Thursday, according to sources.

Cleveland will send Ben Wallace and Sasha Pavlovic to Phoenix for the future Hall of Famer. Sources said the Suns will also receive the 46th pick in Thursday’s NBA draft and $500,000.

The trade gives the Cavs a player they’ve coveted since February. With center Zydrunas Ilgauskas starting to break down, adding Shaq to the roster gives them a dominant force in the middle. The Cavs were obviously unhappy with their ability to defend Dwight Howard in the playoffs and bringing Shaq into the fold should help.

The Cavaliers were also in talks with New Orleans about obtaining Tyson Chandler. If they had not made the trade for O’Neal, they would have traded for Chandler, according to a source.

The Cavs felt O’Neal was the better option because he has just one year left on his contract, and will not eat up cap space that will enable them to pursue free agents such as Chris Bosh in next summer’s star-studded free agent class. Chandler, who has had injury problems the past two postseasons, has a player option for $12.7 million in 2010-2011 that he is likely to pick up.

King James finally discusses the most crushing loss in his career.

I don’t like I have ever seen someone who has hit so many incredible shots from all over the court. This Lebron guy is special and I don’t think anyone has anything to stop him this year. Sorry Kobe, you may your hands full with Denver before you get a chance to even go against Bron Bron.

Okay a new beef is brewing!! And guess what? It has nothing to do with 50 Cent!!

Yeah hard to believe but it seems some nefarious comments have been flying back and forth between Lebron James(Cavaliers) and DeShawn Stevenson(Wizards). Here is exactly what set it off:

Asked to respond to Stevenson, LeBron said that would be like rap icon Jay-Z responding to a one-hit wonder like Soulja Boy. Ouch.

The rivalry has gotten to the point that Souljah Boy came to the Wizards Arena to support Stevenson and now Jay Z has chimed in with his first recording since his mega deal with Live Nation to stick up for his homey Lebron James with a scathing but on point track called “Blow Your Whistle”.

Bryant says he has no desire to leave Lakers

What else can you say about Lebron James. Totally awesome!!